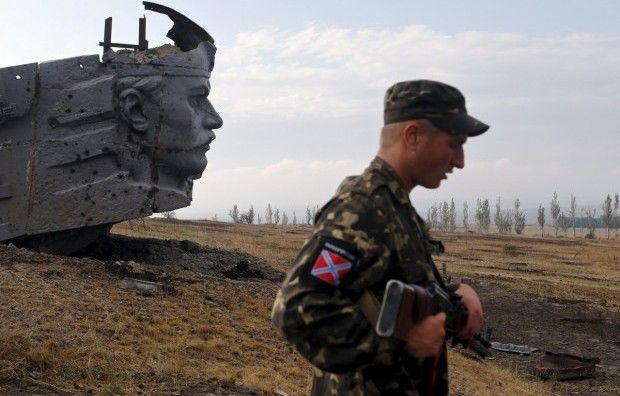 In the Donetsk sector, the terrorists attacked Ukrainian fortified positions 42 times in the last day.

"The situation was most tense near the town of Avdiyivka where the enemy fired different types of weapons on our positions. At about 21:00 local time, the militants started firing 122mm self-propelled guns and launched 10 missiles. In addition, they fired 120mm mortars on our troops," the report says.

The terrorists also fired infantry fighting vehicles on the Ukrainian fortified positions near the villages of Novhorodske and Luhanske.

The situation was restless on the outskirts of the militant-held city of Donetsk, where the occupiers fired grenade launchers and heavy machine guns on the Ukrainian positions in the villages of Pisky and Opytne.

"In the Mariupol sector, the militants fired grenade launchers, machine guns and small arms on ATO forces near the town of Maryinka, and the villages of Hnutove and Hranitne. The intensity of shelling decreased at midnight," the press center said.