A 100-strong group of Russian special force troops have been spotted near the town of Dokuchaievsk, the press center of the Anti-Terrorist Operation reported. 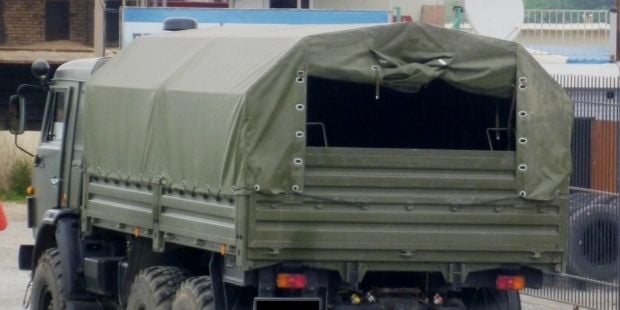 "Reliable sources reported that near the town of Dokuchaievsk (the area controlled by illegal armed groups) there was spotted a group of Russian special forces of about 100 people. They came from the direction of the village of Styla on four Kamaz trucks and two GAZ-2330 Tigr armored infantry vehicles," the report says.

Read alsoUkraine's Plan B for Donbas revealed: mediaIt is emphasized that the stay of the Russian military personnel in the territory of Ukraine is a direct gross violation of the Minsk agreements and "an eloquent proof of the aggressive occupation policy of the Russian Federation against Ukraine."

As UNIAN reported earlier, the combined Russian-separatist forces attacked Ukrainian army positions in eastern Ukraine 42 times in the past 24 hours, including 29 times in the Donetsk sector, 12 times in the Mariupol sector and once in the Luhansk sector.