Luhansk authorities close only working checkpoint due to militant fire

Luhansk region's only control point of entry/exit in the village of Stanytsia Luhanska suspended its work on April 8, 2016, according to Luhansk Regional Military and Civil Administration's press service. 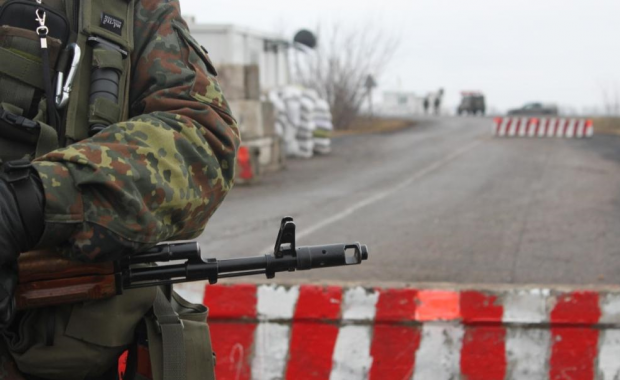 "Constant provocative actions by terrorists, ongoing attacks, lies announced during the Minsk talks and neglect [by the militants] of their own promises have done the job. We have to react! On April 8, 2016, the Stanytsia Luhanska checkpoint will be closed for an indefinite period of time," the report says.

Yesterday, the press center of the Anti-Terrorist Operation (ATO) reported that the Stanytsia Luhanska checkpoint would be closed from April 8.

"In order to save the lives and health of civilians who cross this checkpoint, the ATO headquarters in Donetsk and Luhansk regions have decided to temporarily close the Stanytsia Luhanska checkpoint from April 8," the report said.

The checkpoint will open after the Russian proxies cease provocative attacks and the situation becomes stable.

The checkpoint in Stanytsia Luhanska was opened late in October 2015 and became the only official pedestrian crossing point between Ukrainian-controlled areas and the self-proclaimed Luhansk People's Republic. This was connected with the fact that the border of Luhansk region is along a river, and all the bridges across it were destroyed. Prior to its opening, people who were heading for the ATO zone had to travel via Russia's territory.