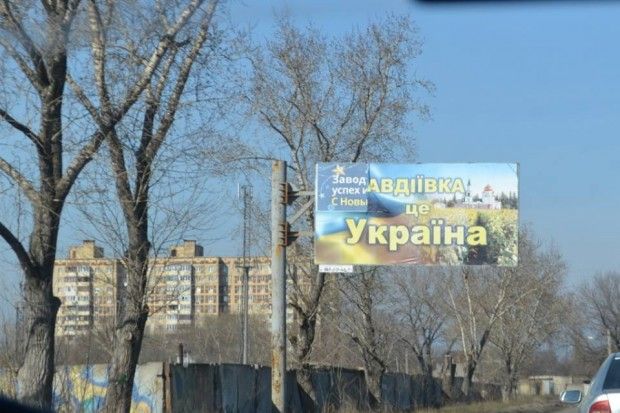 It is noted that in the last week, starting April 2, there was a significant deterioration of the situation in the area of Avdiyivka, which is now the most dangerous part of the ATO zone.

"Cynically violating the Minsk agreement, the militants of illegal armed formations have been systematically shelling from heavy artillery the industrial area [of Avdiyivka] from the occupied territories (from Yasinovataya, Mineralne,  Yakovlivka and Kruta Balka)," the report on Facebook reads.

Read alsoLuhansk authorities close only working checkpoint due to militant fireAccording to the Ukrainian party to the JCCC who are located near the contact line, in just a week, the militants of the illegal armed groups have fired in the direction of the ATO forces in Avdiyivka’s industrial area 584 shells and mines, namely 32 tank shells, 16 122mm artillery shells 131 120mm mines and 405 mines of a 82mm caliber.

Over the week, the Avdiyivka area was shelled 98 times.

Read alsoRussian military drone downed near Avdiyivka (photos, video)It is noted that the Ukrainian side considers the escalating attacks on the positions of the Armed Forces near Avdiyivka by militants a direct violation of the Minsk agreements.

Therefore it is necessary to restore the practice proposed by the Ukrainian part to the JCCC of sending of four "mirror" OSCE patrols to the key locations near Avdiyivka-Yasinovataya on a daily basis, which would allow for objective control of the situation and response to violations of the ceasefire.

As UNIAN reported earlier, on April 8, the militants started using incendiary mines while shelling the area. A civilian woman was killed in a militant shelling.