Two civil volunteers from Kyiv region have been wounded in shelling of the village of Pisky near the ruined, militant-controlled Donetsk airport in eastern Ukraine, according to the Ukrainian National Police's department in Donetsk region. 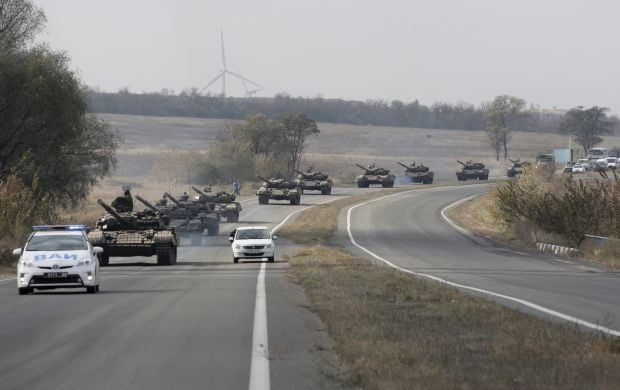 The Selydove police station received information from a local hospital that it had two wounded residents of Kyiv region undergoing treatment, the police told UNIAN.

The two persons had gunshot wounds, which they reportedly received during an attack on Pisky, the hospital said.

Read alsoOne Ukrainian soldier killed, three wounded in Donbas in last dayInvestigators arrived at the hospital to establish circumstances of the incident. They found out that the two civil volunteers, males aged 36 and 37, were heading for the village of Vodiane when their minibus came under mortar fire near Pisky. One man obtained a shoulder wound, while the other had his chest wounded.

Both are in hospital now, their condition is satisfactory.

A criminal case under Part 2 of Article 258 (an act of terror) of the Criminal Code of Ukraine was opened in relation to this incident.