Ukraine's Defense Ministry says no casualties in Donbas in past day 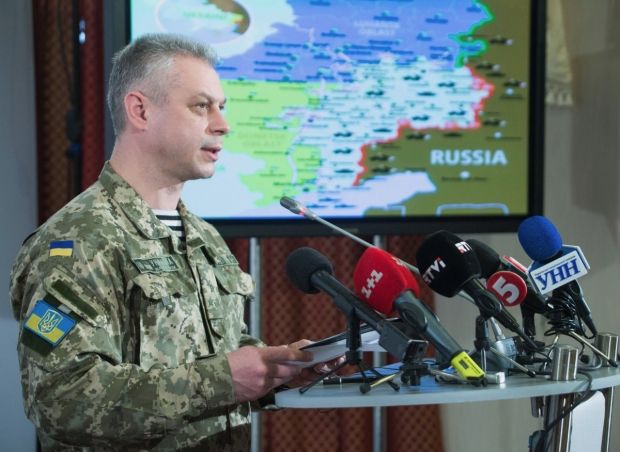 "No Ukrainians were killed or injured in hostilities," he said at a briefing in Kyiv on Sunday, September 18.

Lysenko recalled that the enemy had attacked Ukrainian troops 12 times in the Donetsk sector alone on Saturday. Heavy weapons were used three times. The fiercest shelling was recorded in the industrial zone of the town of Avdiyivka.

"The occupiers have been firing on our positions night and day. In addition to light weapons, the enemy mounted two mortar attacks in the evening," Lysenko said.

In his words, the fire came from the town of Yasynuvata and the village of Mineralne. Shelling was also recorded in the village of Nyzhne Lozove along the Svitlodarska Duha Salient, along which the occupation forces shelled Ukrainian positions.

Read alsoUkraine reports 26 attacks in Donetsk region in last day amid lull in LuhanskIn the Mariupol sector, there were two hot spots – the town of Maryinka and the Pavlopil-Shyrokyne stretch. The occupiers used both light weapons and an infantry combat vehicle. Fourteen attacks were reported in the Mariupol sector on Saturday.

No instances of shelling were reported in the Luhansk sector on the past day, Lysenko added.