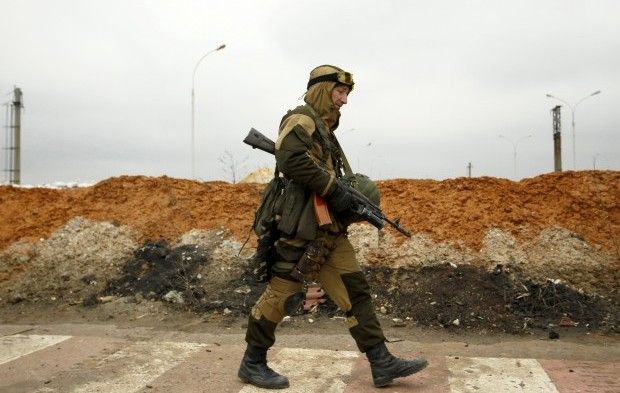 Five attacks were reported in the Donetsk sector alone. The occupiers used infantry fighting vehicle to shell the villages of Luhanske and Zaitseve. The latter also came under 120mm mortar fire.

Grenade launchers, machine-guns, and small arms were used to attack the villages of Mayorsk, Luhanske, and Zaitseve.

Read alsoUkraine reports three soldiers wounded in Donbas in past dayThe ATO HQ also reported eight instances of the ceasefire in the Mariupol sector. The enemy opened harassment fire on the town of Maryinka, and the villages of Starohnativka and Pavlopil, using grenade launchers, machine-guns, and small arms. What was more, an infantry fighting vehicle was used to attack Ukrainian troops deployed near Starohnativka.

Read alsoNew snipers arrive in occupied Yasynuvata - Ukrainian defense speakerThe ATO HQ did not report any violation of the ceasefire in the Luhansk sector.

No enemy drones were spotted in the ATO in the past day, the press service said.