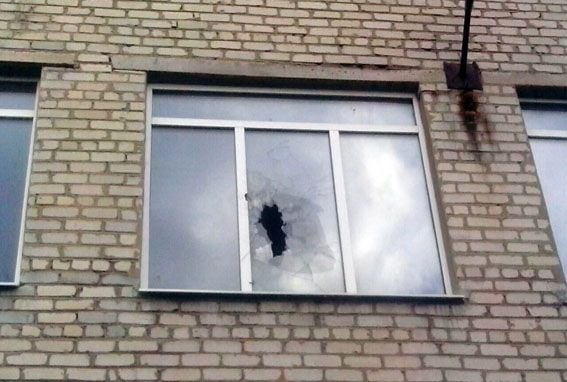 A woman, 1961, was wounded in her shin at around 11:30 local time in the morning amid shelling of Maryinka by Russian-backed militants, it said.

Read alsoOccupiers shelling Maryinka, houses on fire – police chiefAs a result of the attack, a power line was broken, leaving 15 homes without electricity.

As UNIAN reported earlier, the Russian occupiers in Donbas mounted an attack on Maryinka on Thursday morning: a shell hit a private house, and bombs exploded very close to a school building. Classes were suspended at both schools in the town.