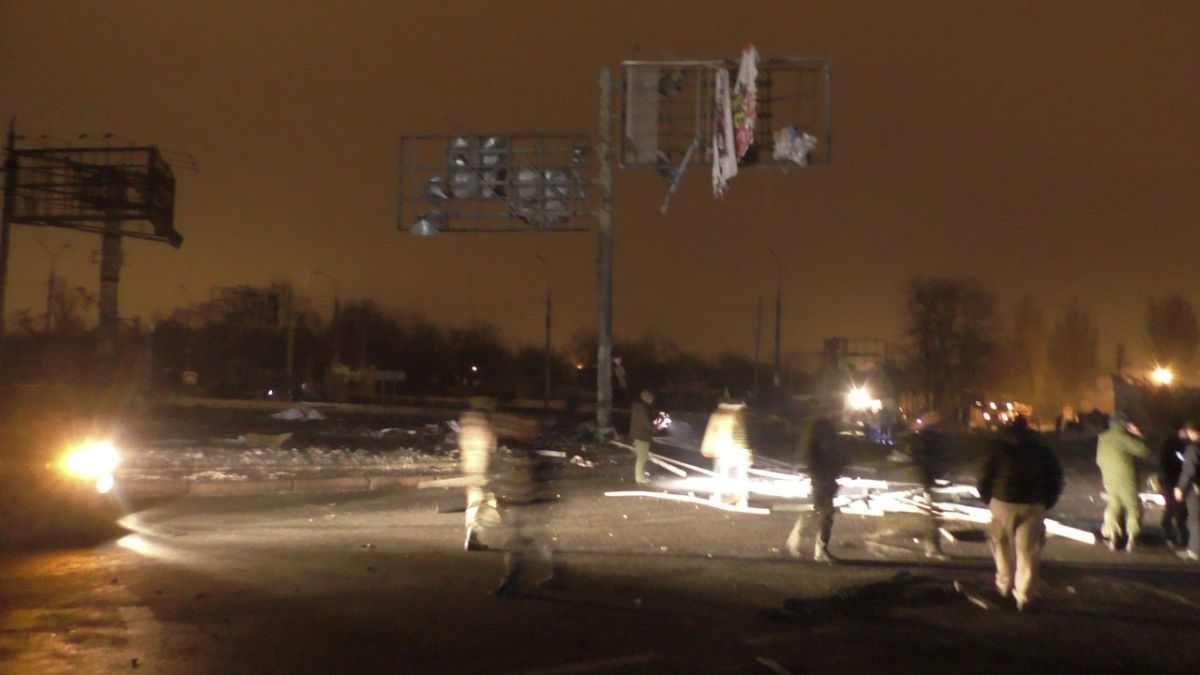 Some propaganda-oriented websites earlier distributed reports that the Ukrainian army had allegedly fired on Donetsk in response to militants' attacks on the Ukrainian-controlled town of Avdiyivka.

"The mentioned reports do not correspond with reality and are a planned act of provocation. The Armed Forces of Ukraine do not open artillery fire on residential areas," the ATO HQ said in the early hours of Friday, February 3.

The ATO HQ guessed that spreading such rumors was aimed at causing panic among residents of Donetsk and setting locals against the Ukrainian army.

"We ask Internet users to analyze any information of explicitly provocative character," it said.

Social networks reported about an extremely powerful blast near Donetsk's Motel terminal at 21:15 local time on Thursday. Users suggested a theory that a militant ammunition warehouse could have exploded.

While filming the explosion site in Donetsk, a video operator accidentally recorded a volley of Grad missiles, being fired by anti-Ukrainian forces.

#Donetsk city tonight.
Pro-Russians accidentally record (what looks like) a volley of #Grad missiles, being fired by anti-Ukrainian forces. pic.twitter.com/GBkeotIQPk

Permanent Representative of Ukraine to the United Nations Volodymyr Yelchenko announced at an UN Security Council meeting on that day that he did not rule out possible acts of provocation in the occupied city of Donetsk aimed at discrediting the Ukrainian Armed Forces of Ukraine, as there had been reports that the occupiers had launched the evacuation of civilians from some districts in the city.