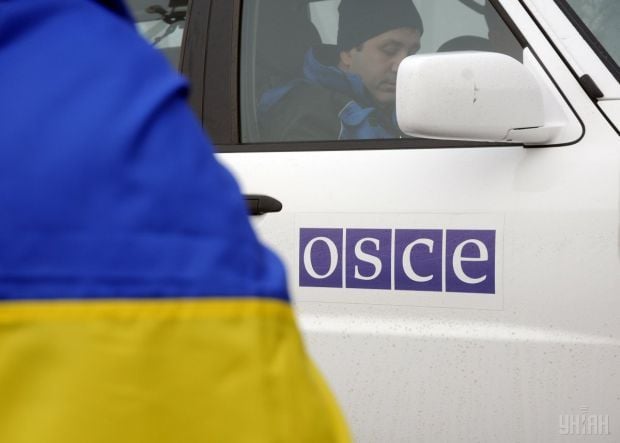 "The SMM spoke with a woman (55 years old) who said she had been injured when the truck in which she had been travelling hit a mine at about 19:30 on June 12 near the settlement of Bairak, east of 'DPR'-controlled Horlivka (39km north-east of Donetsk)," the report said.

Read alsoOSCE again report their movement in occupied Donbas restrictedShe told the SMM that she had injured her left shoulder and that her husband, who was travelling with her, suffered light head injuries.

An emergency service employee in Horlivka told the SMM that the couple's truck had struck an anti-tank mine.

As UNIAN reported earlier, the OSCE SMM confirmed that 47 civilians were killed and another 222 were injured from January 1 to June 15, 2017.