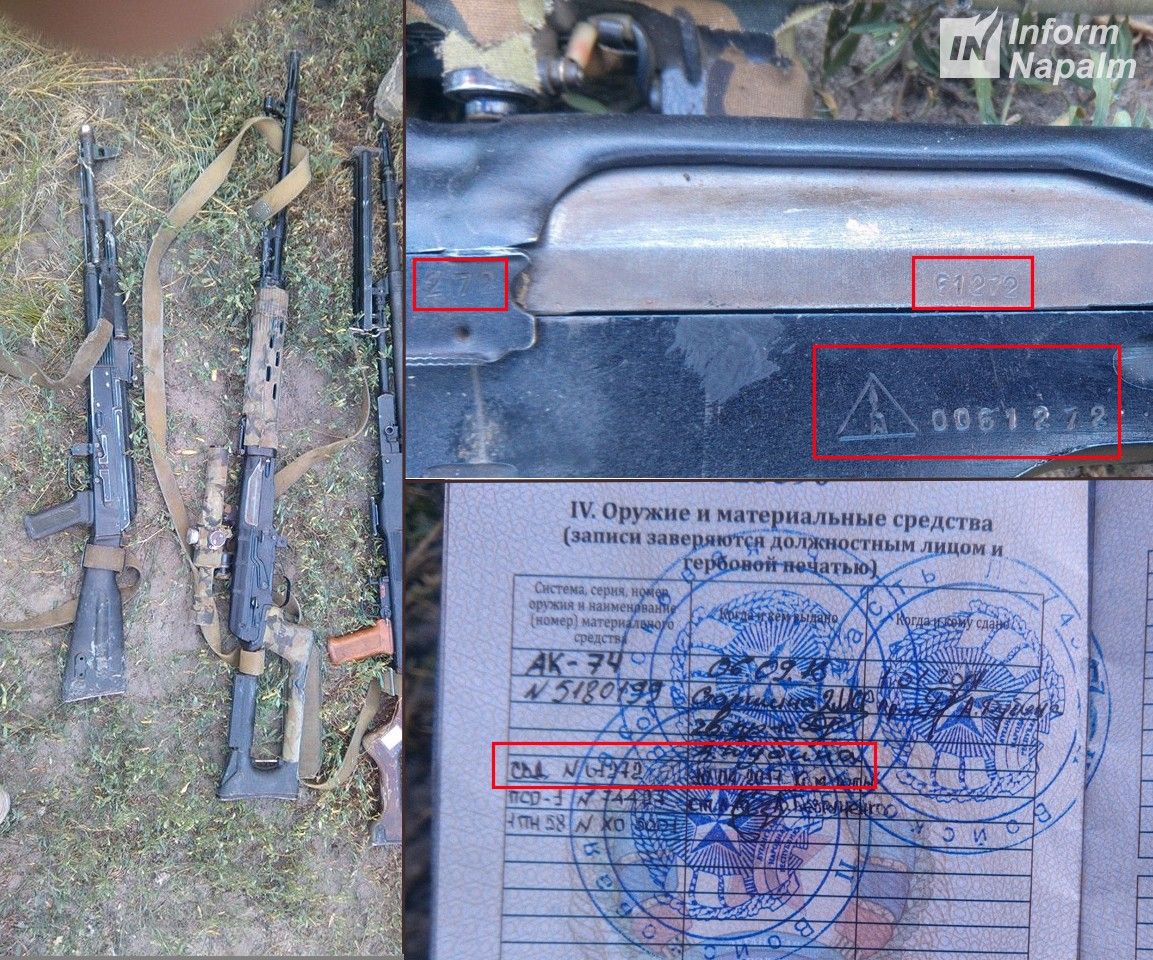 Having analyzed photos of the weapons seized from the Russian sabotage group, the InformNapalm team has established that the sniper rifle belonging to the terminated commander, Alexander Shcherba, was manufactured in the Russian Federation after the year 2000.

The conclusion was made after the rifle's serial number, 0061272, was checked on a Russian specialized online forum guns.ru.

As UNIAN reported earlier, four other members of the Shcherba's group were captured by Ukrainian forces. One of the detainees, Viktor Ageyev, has confirmed he is a serviceman on active duty, part of the 22nd Special Forces Brigade of the GRU.

Read alsoMoscow disowns contracted serviceman AgeyevAt the same time, the experts note that the rifle's gunstock and forend are made of plastic. According to open source data, production of rifles with plastic gunstocks began in 1998-1999. Russian SVD sniper rifles with plastic stocks manufactured after 2000 have not been exported to Ukraine. Therefore, they could not have been seized in combat from the Ukrainian Armed Forces, or taken from caches in closed up coal mines, as Russian propaganda media asserted when trying to refute evidence of Russian arms supplies to Donbas militants.