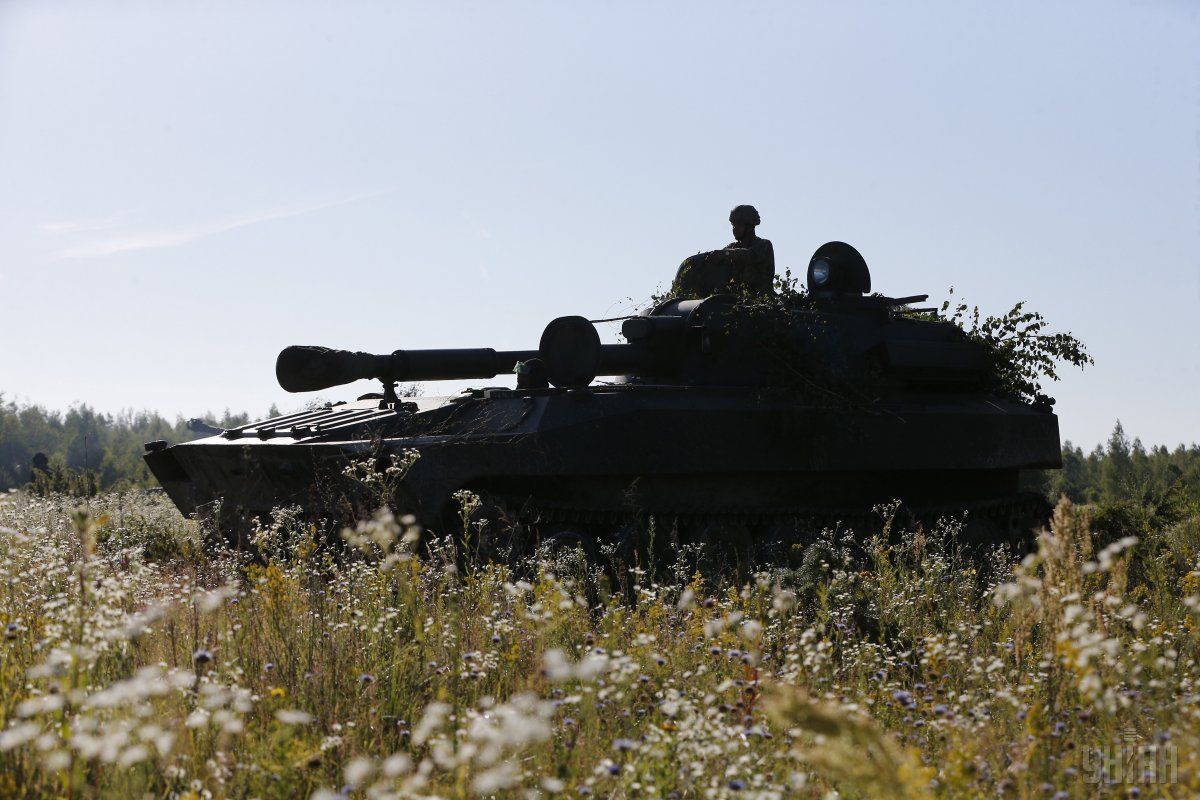 "In total, the enemy breached the ceasefire 26 times in the past day. One Ukrainian soldier was killed in a landmine blast, another one was wounded in action," the ATO HQ said.

The enemy focused attacks on the Mariupol sector after 18:00 local time on Saturday, July 15. They used 82mm mortars and grenade launchers to shell the town of Krasnohorivka twice. The village of Novotroyitske was attacked by an infantry fighting vehicle.

Read alsoATO report: 35 shellings, direct clash, 1 KIA"At about 23:00 local time, having demonstrated the defiant disregard for agreements on the removal of heavy weapons once again, militants used 152mm artillery and grenade launchers to shell our positions near Shyrokyne. As a result of this shelling, one Ukrainian military officer was wounded," the ATO HQ said.

Ukrainian positions in the Donetsk sector near the Butivka coal mine and the village of Nevelske were attacked by enemy tanks at about 23:00 local time on July 15. Nevelske also came under 120mm mortar fire. Russian proxies fired large-caliber machine guns and small arms on Ukrainian positions near the town of Avdiyivka.

Illegal armed formations used grenade launchers and small arms to attack the villages of Malynivka, Zhovte, and Stanytsia Luhanska, and the town of Zolote in the Luhansk sector.

A skirmish between Ukrainian soldiers and Russian-backed militants was reported in the Luhansk sector. In the early hours of July 15, a group of enemy fighters tried to approach ATO positions under the cover of fire. They were moving from the village of Sentianivka (formerly Frunze). The skirmish took place near the village of Krymske. The Ukrainian servicemen successfully repelled the attack, and the enemy had to retreat.