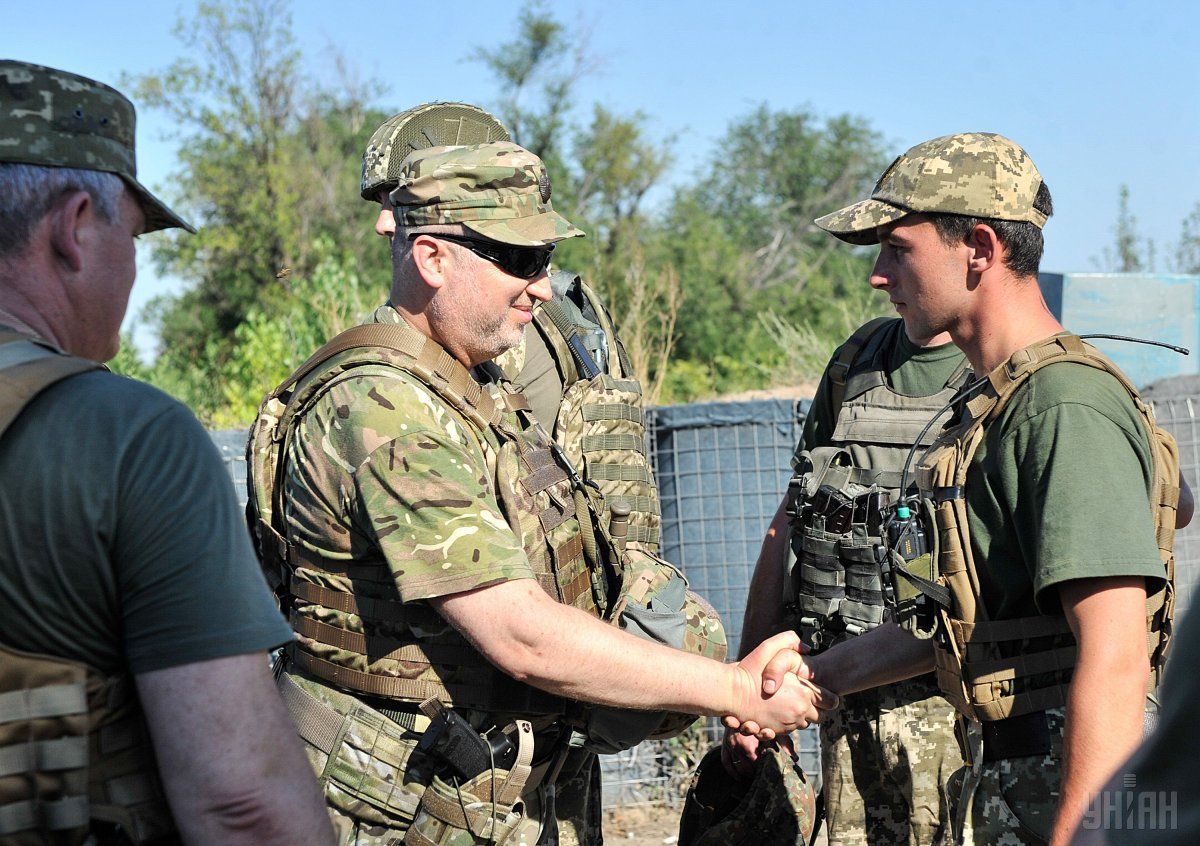 The defense budget is being drawn up in keeping with the National Security Strategy of Ukraine "and there will be at least 5% of GDP," NSDC Secretary Oleksandr Turchynov said at a meeting on the budget for 2018.

"This position is already becoming a rule for the budget policy of our state," he added.

Next year's defense budget will be realistic, "i.e. each planned kopeck will see real spending."

Read alsoUkraine army to get new types of weapons soon – Turchynov"In addition, the distinctive feature of this budget is that its main funding will come from the general fund, which will amount to UAH 156.4 billion. The special fund will be formed exclusively on the basis of proposals of the enforcement ministries and departments and will amount to about UAH 6.3 billion. Thus, the total funding should be at least UAH 162.7 billion," he said.

Turchynov believes that when planning the budget, it is necessary to take into account the issue of increased money allowances of Ukrainian servicemen. "First and foremost, this concerns raising the salaries and pays for military ranks," he added.

The meeting also covered the development of the defense industry in Ukraine. Turchynov pointed out to the need to significantly improve the efficiency of Ukrainian defense enterprises.

Read alsoNATO standards to be guidebook for 70% of Ukraine’s Defense Ministry by year-end"We need modern weapons, and we must count mainly on our own forces in this issue. Therefore, it is necessary to allocate funds for the introduction of new technologies and modernization of leading defense enterprises," Turchynov stressed.

The Concept for the Development of the Security and Defense Sector of Ukraine provides for such financing at the level of 0.5% of GDP, he added.

After the benchmarks of the budget are finalized, they will be approved at an NSDC meeting scheduled for the beginning of September 2017.

If you see a spelling error on our site, select it and press Ctrl+Enter
Tags:budgetsecurityTurchynovdefenseNSDC