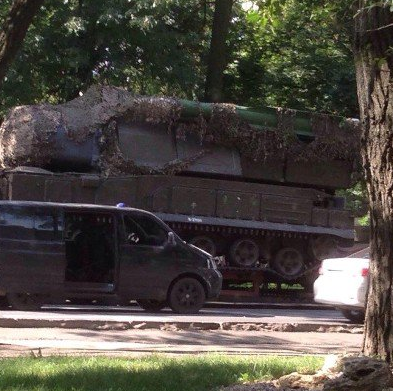 According to the investigative group, the distinctive features of the air defense missile launcher depicted in the photograph are totally similar to those seen on the right side of Buk 332 in Russia almost four weeks before the crash of the Malaysian Airlines aircraft in the east of Ukraine, DW reports.

"After today, with the ninth piece of visual evidence publicly available showing the weapon belonging to the Russian Armed Forces in eastern Ukraine, there is no room left at all for doubt," Bellingcat said.

Read alsoGeorgia hands Buk missile over to the Netherlands to help MH17 probeJIT has not yet announced publicly its conclusions regarding the photo. According to the investigators, the photograph was probably taken in the town of Makiyivka on July 17, 2014, on the day of the tragedy. JIT suspects this is the exact Buk launcher that shot down MH17 flight and has asked netizens to assist the investigation by providing details regarding the image and any circumstances related.

The JIT had previously issued a report stating that retired Russian Major General Sergei Dubinsky ("Khmuryi") carried out the transportation of Buk 332, from which the MH17 flight was allegedly shot down.