The so-called head of the self-proclaimed Donetsk People's Republic ("DPR"), Alexander Zakharchenko, has reportedly ordered to seize all crops, namely vegetables, fruit, grapes, etc., grown by households on "unauthorized" plots of land, according to the "republic's" website. 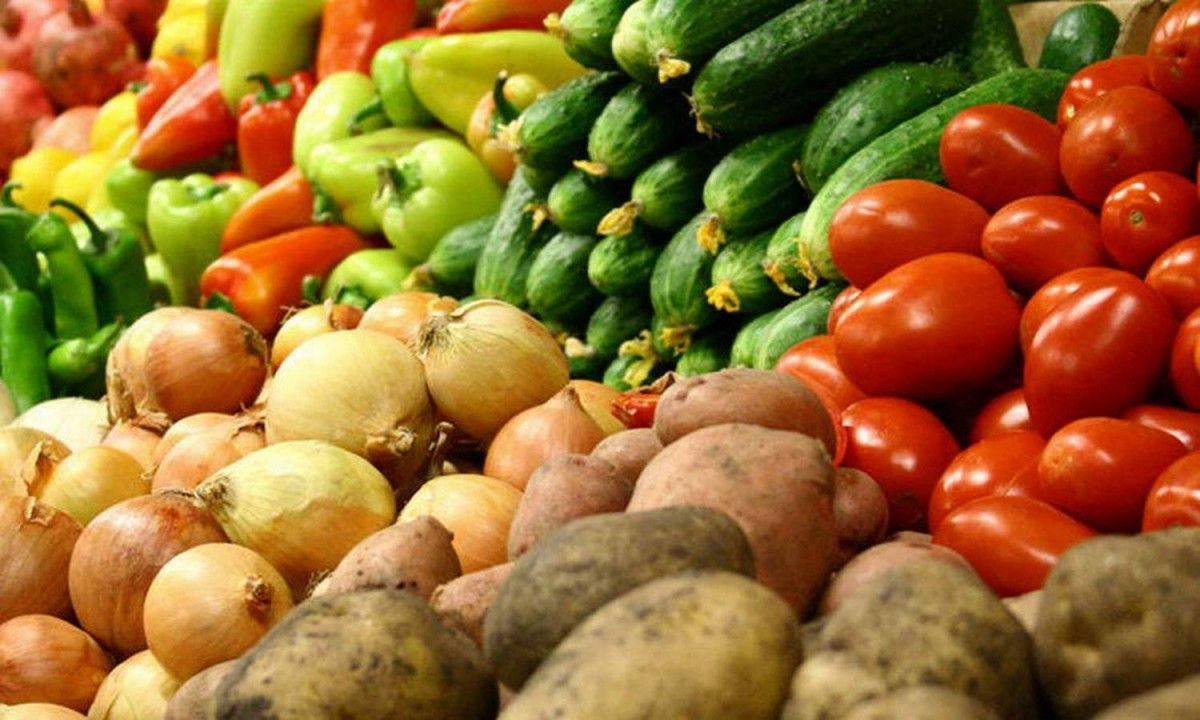 "Yields of agricultural plants and fruit from bushes, vineyards and trees, grown on unauthorized plots of land in state and municipal ownership are the property of the 'DPR,'" reads an "order" dated November 3, 2017.

Read alsoExpert explains why Kremlin seeks to replace "leaders" of self-proclaimed republics in DonbasThe so-called "Revenue and Taxes Ministry" of the "DPR" has been granted unimpeded access to areas where these crops are harvested or stored, as well as given the right to seize yields.

"In the event of unauthorized disposal of the crops specified in paragraph 1 of the 'decree,' legal entities, individual entrepreneurs, and individuals are obliged to reimburse costs of the crops," reads the document.

The document is applicable retroactively, as of June 1, 2017. 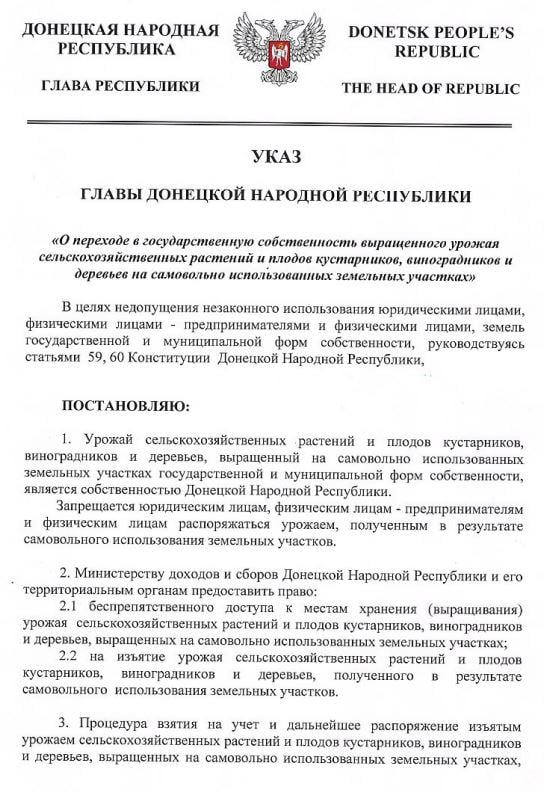 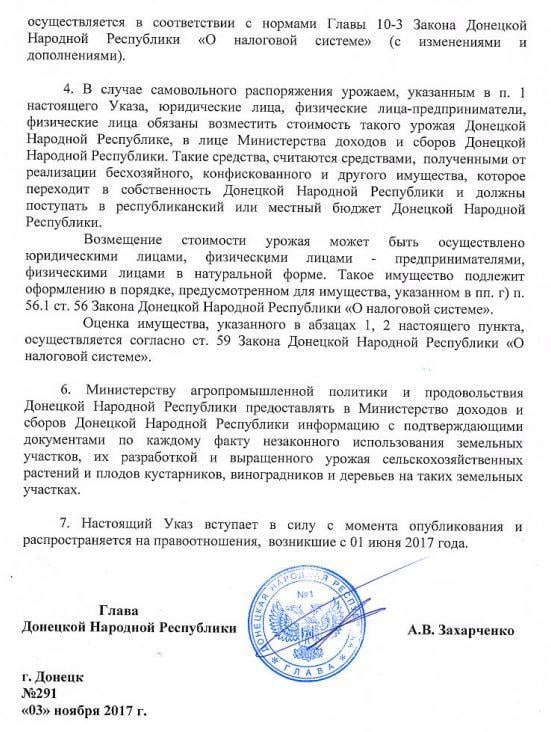 If you see a spelling error on our site, select it and press Ctrl+Enter
Tags: #Donbas#DPR#occupation#seizure#fruit#vegetables
Latest news