No vote until illegal formations are disarmed and control over border is handed back to government. 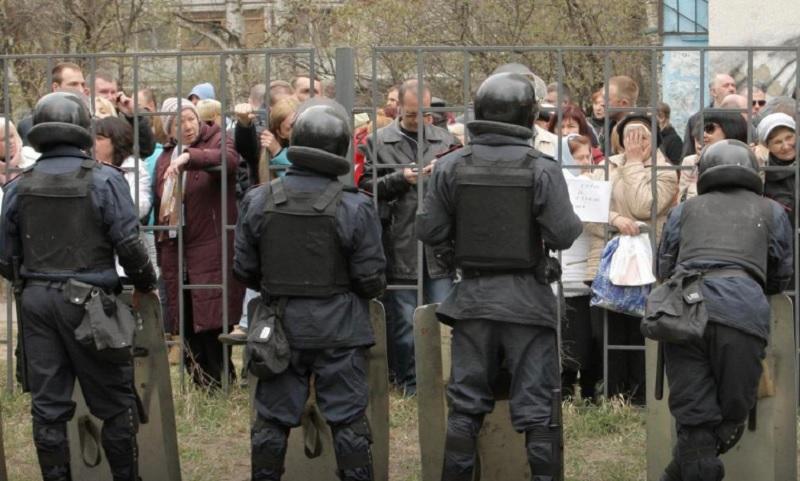 Deputy Prime Minister, Minister for Reintegration of the Temporarily Occupied Territories of Ukraine, Deputy Chair of the Ukrainian delegation to the Trilateral Contact Group, Oleksiy Reznikov, has named a list of conditions under which elections in what now are temporarily occupied territories of Donetsk and Luhansk regions would become possible.

"If we don't demilitarize and disarm illegal armed groups and regain control of the border, there's no point in holding elections, because then there would be a 100% guarantee of a military armed conflict," Reznikov told reporters on the sidelines of a meeting of the Council for the Development of Communities and Territories in Kyiv on February 25, an UNIAN correspondent reports.

According to Reznikov, local elections in de-occupied territories should be carried out in accordance with Ukrainian legislation and international standards.

"If the OSCE's Office for Democratic Institutions and Human Rights, which monitors any elections, wants to come and monitor the elections, they first send a so-called assessment mission, including security officers, and they issue an opinion, whether it is safe for the mission's observers to be there. The get a formal guarantee from the host government that it will ensure their safety. The Ukrainian government will never provide security guarantees if we don't control these territories, if we're not sure that public order is reinstated. These are the prerequisites. If all these conditions are met – and they definitely will one day –we will be ready to hold elections there, as Ukraine," the deputy prime minister added.

Read alsoRussian General Kuzovlev promoted for his role in Donbas warAt the same time, Reznikov noted that he did not see the prospects for holding elections in the said parts of Donbas in the coming months.

"So far I see no [withdrawing] movement of the Russian armed forces toward the Russian-Ukrainian border," the official added.

On November 28, 2019, NSDC Secretary Oleksiy Danilov said the Council had five scenarios on the table for the reintegration of the occupied Donbas.

On December 7, 2019, the NSDC at a meeting behind closed doors approved one of the reintegration scenarios. Back then, the NSDC secretary stopped short of disclosing any details. Scripts have their "derivatives", Danilov said, adding that the final solution will depend on progress in Normandy Four talks.

On February 19, 2021, Danilov said the Council decided to revise the existing five scenarios.

"To our great regret, a sharp rise in ceasefire violations has been recorded recently, as well as intensified subversive efforts and sniper activity on the part of Russia's armed formations. Ukrainian military are being killed, and all this required an immediate response from the country's leadership," Danilov said.