The second summit of the Normandy Four leaders would show there is a great chance of ending the war. 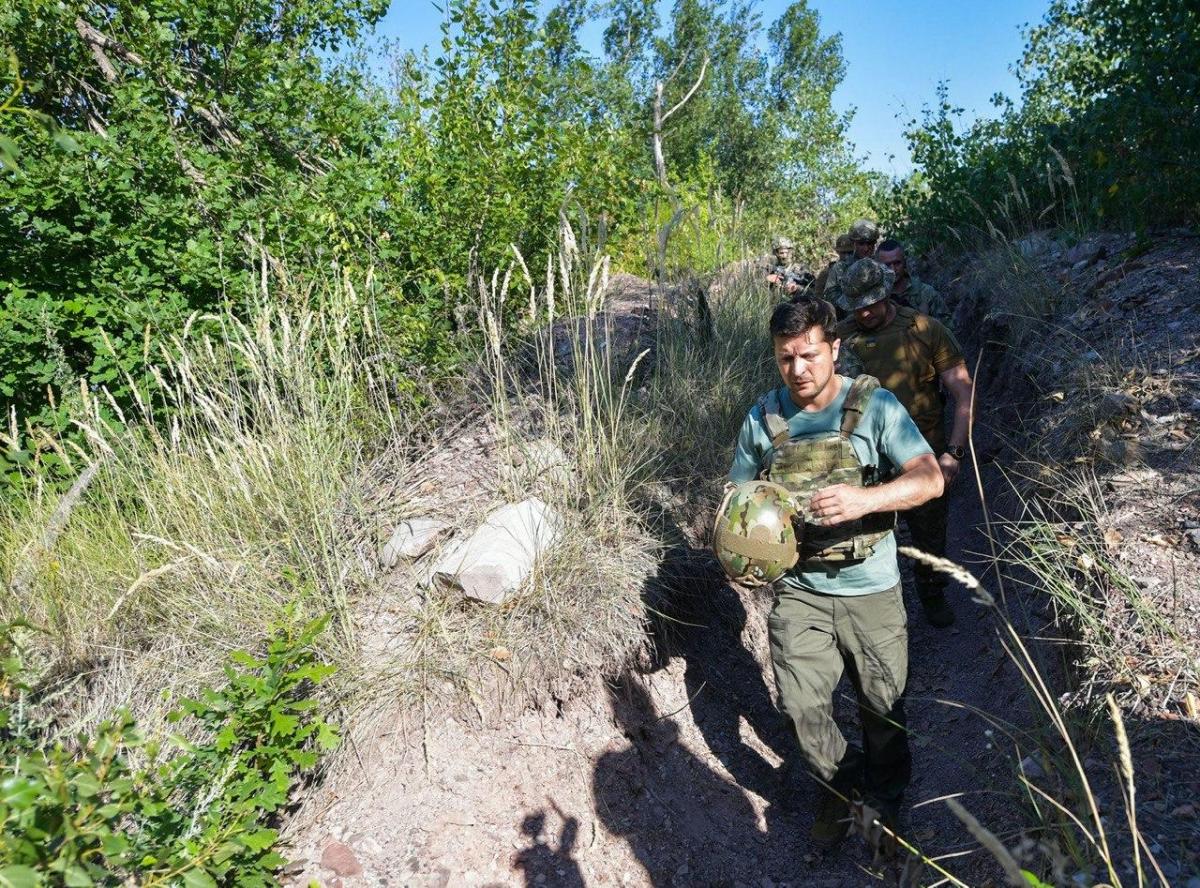 Ukrainian President Volodymyr Zelensky hopes to make the war in Donbas end as early as this year, his press service reported citing an interview the president gave Euronews.

The agreements reached by the Normandy Four (Ukraine, Germany, France, and Russia) leaders at their latest summit in Paris at the end of 2019 are being implemented, although not as quickly as Ukraine authorities would like, Zelensky said in the interview, according to the President's Office.

The head of state noted that the ceasefire in Donbas has already been introduced and is being observed; agreements have also been reached on disengagement areas and 20 demining zones.

"The second summit in the Normandy format indicates that we have a great chance to end the war," Zelensky said.

"If we compare our team and the previous one, nobody wanted it the way I do. There was no such pace and no such pressure on the issue – no one has done this, and everyone can see it. And I'm not just talking about Ukrainians – all our foreign partners see this. I know that no one will make this end faster than me," Zelensky said.

The president stressed there was no other real effective plan for a peaceful settlement in eastern Ukraine, which would be supported by all four parties to the Normandy negotiation format. Therefore, the president says, he seeks to keep moving along this path until the war in Donbas ends.

"If it [the negotiation format] doesn't work out, we will then think of another plan," the president said.

Zelensky also noted the need for a direct dialogue with Russian President Vladimir Putin at the right moments. For example, the two leaders talked ahead of the latest introduction of truce.

Read alsoNormandy Four advisors' meeting postponed, not canceled"I'm not afraid of a direct dialogue with the president of the Russian Federation. I believe that this is the right thing. If there is such an opportunity – to speak – and if these contacts move us forward on the issue of war [settlement], we must do it. If we don't speak, there'll be no result. I've realized this for sure. If there's no dialogue, if we don't make calls when necessary, there will be no peaceful result," the head of state summed up.

According to official reports, the enemy from time to time resorts to random provocations, opening non-aimed fire in the direction of Ukrainian positions.

On Independence Day, President Volodymyr Zelensky expressed hope the established ceasefire in Donbas will sustain and turn into "months, years, centuries, and millennia of peace, harmony, and prosperity on the Ukrainian land."

If you see a spelling error on our site, select it and press Ctrl+Enter
Tags:RussiaPutinRussianAggressionNormandyFourDonbasWarZelensky