Politics will be harder to avoid if England defeat Croatia to reach the final for the first time in 52 years. 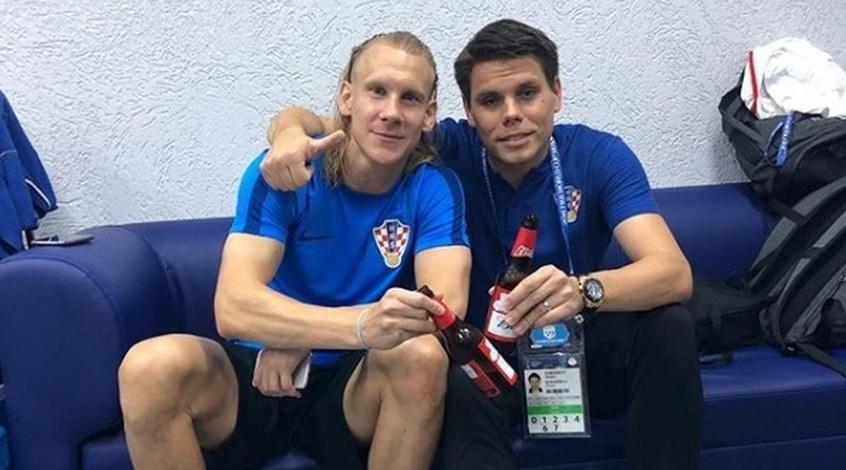 When Croatian defender Domagoj Vida shouted "Glory to Ukraine" in an online video message after his team defeated Russia in the quarterfinals of the football World Cup, it was a reminder that sport and politics can't always be separated whatever Russian President Vladimir Putin might say.

Vida insisted in an initial statement issued by the Croatian Football Federation that he and coaching assistant Ognjen Vukojevic, who was also in the video, were simply thanking their Ukrainian fans for their support, according to Bloomberg.

On Monday, however, the federation issued another statement announcing that it had revoked Vukojevic's accreditation and removed him from the national squad for publishing the video. He and Vida "likewise apologize for their statements, which were in no way intended to have political connotations, yet which unfortunately left room for such interpretations," according to the statement.

As controversy swirled over the remark in Russian media, soccer's governing body, FIFA, which has rules against political gestures, issued Vida with a warning, while opting not to ban him from Wednesday's semifinal game against England in Moscow.

It had earlier fined two Swiss players with roots in Kosovo who celebrated their goals that defeated Serbia in the tournament's group stage by making double-headed eagle gestures with their hands, emulating the symbol on the Albanian flag. Serbia and Russia don't recognize Kosovo's independence, Bloomberg wrote.

While Putin insists there's no place for politics in sport, he told former soccer stars invited to the Kremlin last week that having the World Cup in Russia has "helped destroy many stereotypes" about the country at a time of international tensions.

Politics will be harder to avoid if England defeat Croatia to reach the final for the first time in 52 years. Prime Minister Theresa May ordered officials including Prince William, who's president of the English Football Association, to boycott the World Cup over the nerve-agent poisoning of a former spy in England that the UK blames on the Kremlin. The death of a British citizen from the same poison on Sunday would make any thoughts of joining Putin at the final even more controversial.