11:20, 25 July 2018
World
286 0
Before handing the perfume over to his partner, the man explained how some of the deadly liquid spilt over his hands, as he attempted to place the pump dispenser inside the bottle. 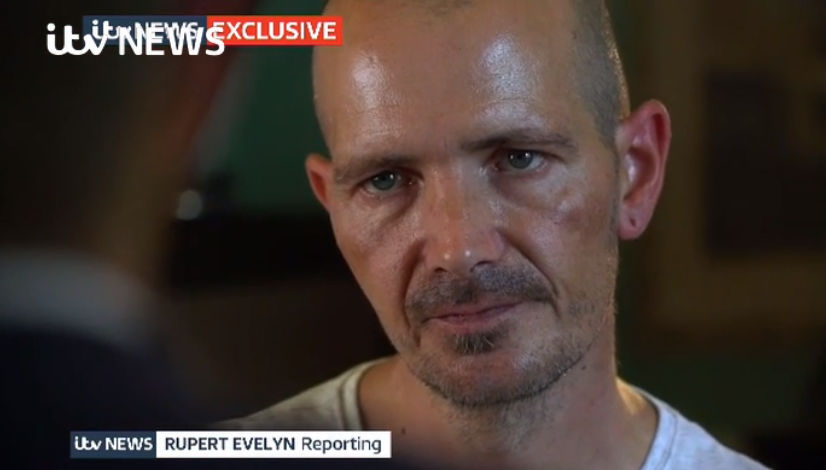 Novichok poisoning victim Charlie Rowley has revealed a sealed box of perfume which he found and later gave to his girlfriend contained a deadly nerve agent which killed her.

In an exclusive interview with ITV News, the 45-year-old explained how his partner Dawn Sturgess fell ill moments after spraying the liquid on her wrists.

He said: "Within 15 minutes, I believe Dawn said she felt she had a headache and asked me if I had any headache tablets. I had a look around the flat and within that time she said she felt peculiar and needed to lie down in the bath, which at the time I thought was a bit strange.

"I went into the bathroom and found her in the bath, fully clothed, in a very ill state."

"The fact that it was a product Dawn recognized, as a product that was quite out there and known. It's very strange. It's quite scary to think that something can be disguised in that manner and left to be found in public."

Before handing the perfume over to Dawn, Mr. Rowley explained how some of the deadly liquid spilt over his hands, as he attempted to place the pump dispenser inside the bottle.

"It had an oily substance and I smelt it and it didn't smell of perfume. It felt oily, so I washed it off really quick but I didn't think anything of it. It all happened so quick," he said.

Mr. Rowley says he doesn't remember falling ill but has been told by friends he was "stumbling and "foaming" at the mouth. He remained unconscious for weeks.

As UNIAN reported earlier, Dawn Sturgess died after she was exposed to Novichok on June 30 in Amesbury, just a few miles from where Russian ex-agent Sergei Skripal and his daughter were attacked with the same poison four months ago.

If you see a spelling error on our site, select it and press Ctrl+Enter
Tags: #Russia#Britain#incident#Novichok
Latest news