12:20, 12 November 2018
World
647 0
Earlier, the Embassy of Ukraine in Poland warned that radical movements intended to carry out in Warsaw provocations under the guise of allegedly "Ukrainian nationalists." 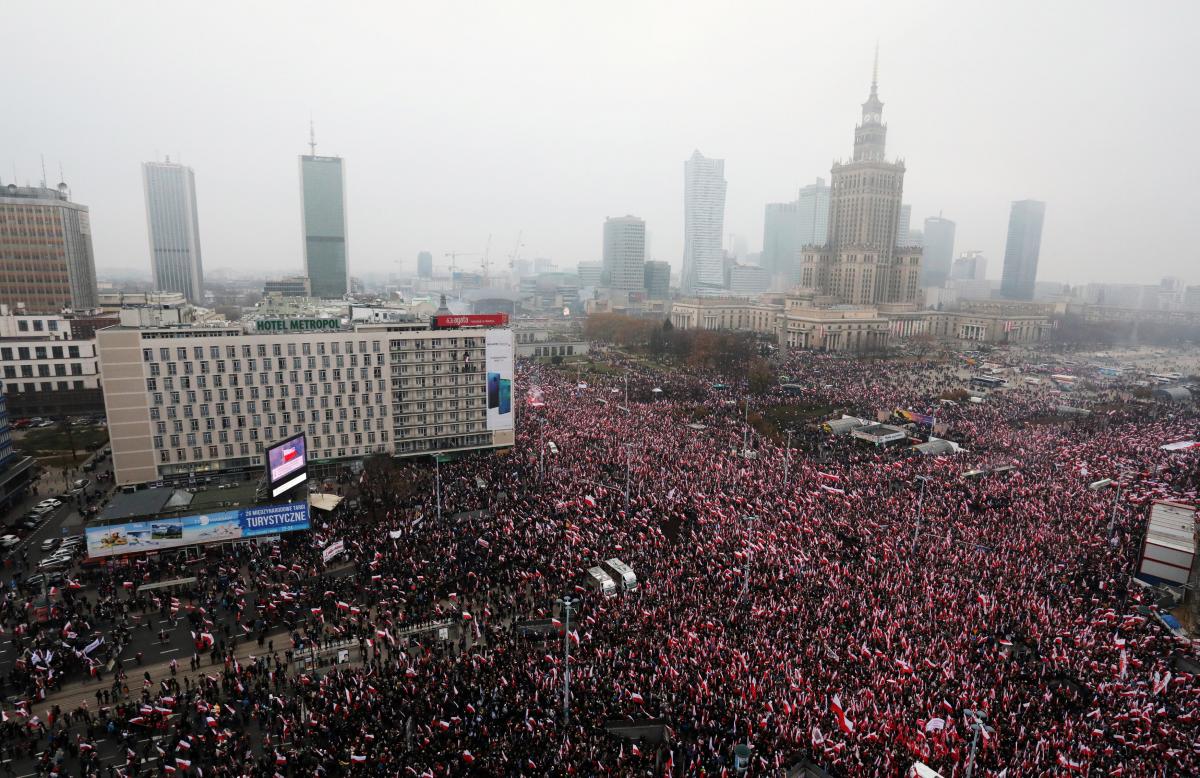 Polish authorities say they have banned entry to ultra-right radicals, including from Sweden and Russia, on the eve of the celebration of the 100th anniversary of the restoration of Poland's independence.

Press secretary of the minister-coordinator of the special services Stanisław Żaryn said the Agency of Internal Security had handed over to border guards the data of 400 activists who were members of ultra-right and neo-fascist groups, as well as organizations that "glorify the ideology of Stepan Bandera," European Pravda reports with reference to TVP Info.

According to the press secretary, the individuals intended to attend the independence march in Warsaw. Most of them were banned from entering the country.

"Among those who were banned entry were Swedish and Russian nationals," the official said.

As UNIAN reported earlier, the Embassy of Ukraine in Poland warned that on November 11, radical movements intended to carry out in Warsaw provocations under the guise of allegedly "Ukrainian nationalists."

“We also appeal to our Polish friends, during the celebration of the 100th anniversary of the restoration of Poland’s independence, not to succumb to all sorts of provocations that could pursue the goal of consciously inciting hatred towards Ukrainians. Let's not allow anyone to provoke us,” Ukrainian diplomats wrote on Twitter in Polish.

If you see a spelling error on our site, select it and press Ctrl+Enter
Tags: #Russia#Poland#border#security#Sweden#provocations#entryban#rightradicals
Latest news