Only one operation could significantly raise the fallen public support rating of the Russian president and maintain it for quite a long time. 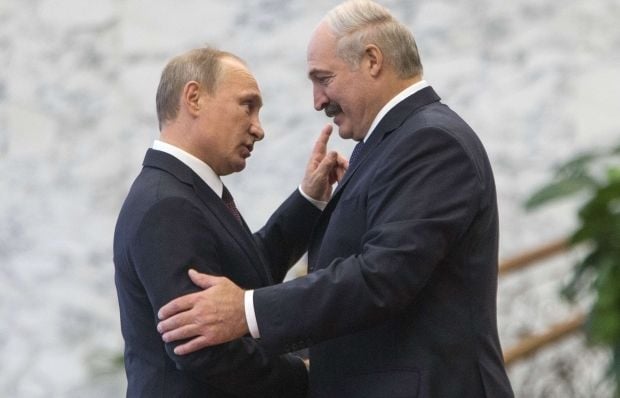 A recent statement by Belarusian leader Alexander Lukashenko where he opposed the setting up of Russian military bases on his country's territory shows that he sees the threat of Belarus's annexation by Russia following the Crimea example.

So it was in Georgia and so it was in the Ukrainian Crimea, the expert recalls.

Apparently, these examples seemed to be convincing enough for Lukashenko as he is not in too much of a rush to allow deployment of a Russian military base in Belarus.

However, although the lack of a Russian base in Belarus tunes down the threat of aggression, it does not completely rule out such developments.

For a variety of reasons of internal political, foreign political, and ideological nature, Belarus continues to be No 1 target for Kremlin's possible aggression in the near future, Illarionov suggests.

It should also be kept in mind that Russian sociological studies indicate a gradual drop in Putin's public support rating, the last major blow to which was the so-called "pension reform."

Read alsoBelarus leader vows joint response with Russia to setting up of U.S. military base in Poland

"What ways could Putin use to try to raise his dropping rating? On the one hand, for Putin there is no need to significantly raise the rating right now, since the so-called “elections” have just passed, and the next ones will be only in more than five years. On the other hand, to start operations like that in Ukraine, Syria, or the war in Central African Republic, intervention in Libya, first of all it is a will that is needed, regardless of the ratings," Illarionov believes.

"The only operation that could really raise Putin’s rating noticeably and maintain it for quite a long time is the annexation of Belarus," the expert says. "Not parts of Belarus as it was in the case of Ukraine, where Crimea and Donbas were occupied, but the entire country."

"Belarus is more homogeneous than Ukraine and highly Russified. A considerable part of Belarusians are very positive towards Russia, Russians, and even Putin. If Putin decides to go for this kind of operation, his goal will not be to capture pieces of Mogilev, Vitebsk or Gomel regions, but to establish control over the whole of Belarus," the expert claims.

Read alsoKremlin could resort to seizing power in Belarus, replacing Lukashenka with some FSB general – expert

At the same time, as UNIAN reported earlier, Belarus citizens might be gradually shifting away from under Russia's cultural influence.

In June this year, a civic petition was put forward in Belarus suggesting that the government ban the "St. George" ribbons, initially used in Russia to honor the WW2 heroes but then becoming one of the notorious symbols of the "Russian world" the Kremlin has been imposing on neighboring states, yet another instrument in its "soft power" toolkit.

There was also a proposal to increase to 50% the use of the Belarusian language in state television broadcasts.