Ukraine has already sent Russia hundreds of requests and about 300 diplomatic notes demanding the release of Ukrainian political prisoners. 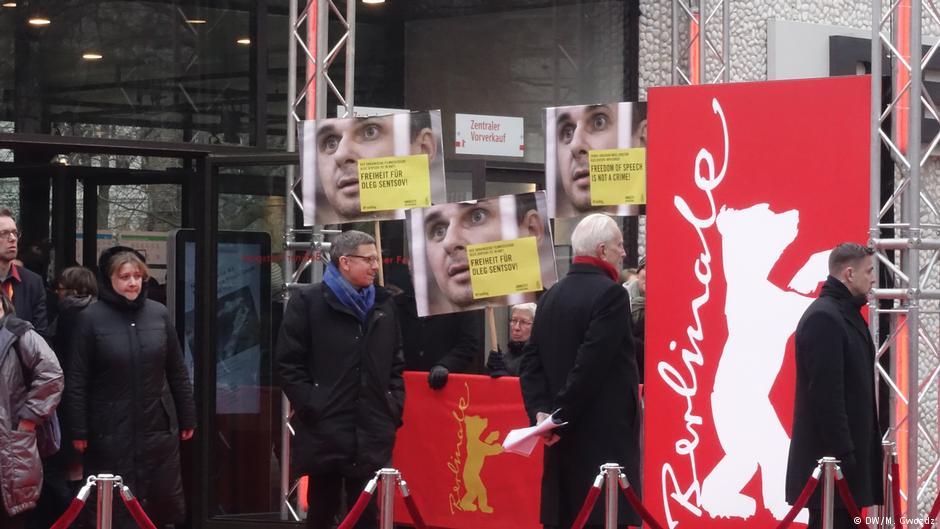 Activists and the team who brought “Mr. Jones” to Berlinale Film Festival on Monday, Feb 11, took to the Berlinale's red carpet carrying portraits of a Ukrainian filmmaker Oleh Sentsov and posters demanding the release of Kremlin's political prisoners.

Mr Jones, a 140-minute-long biopic, tells a story of Gareth Jones, a young Welsh journalist, who became a 1932-1933 Holodomor whistleblower but remained unheard and discredited by his colleagues who continued pushing an "alternative reality" coverage of the events in Soviet Ukraine, turning a blind eye to the atrocities of the Moscow regime.

Gareth Jones was murdered before his 30th birthday.

As UNIAN reported earlier, Ukraine has sent Russia hundreds of requests and about 300 diplomatic notes demanding the release of Ukrainian political prisoners.

If you see a spelling error on our site, select it and press Ctrl+Enter
Tags:SentsovFreeSentsovfilmpoliticalprisonersartBerlinLetMyPeopleGomoviesflashmob