The weapon is slated to join the Kremlin's arsenal as early as 2020. 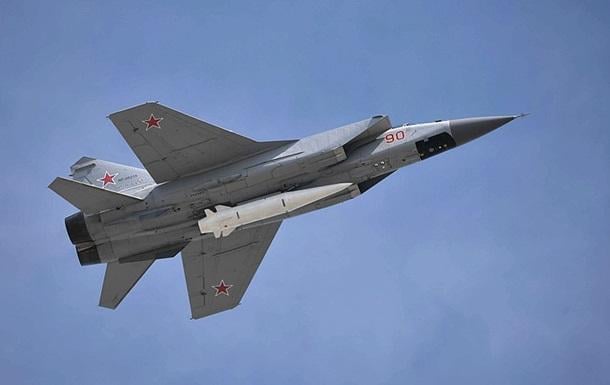 Nearly 20 Russian missiles that the U.S. is currently unable to defend against were recently moved to a military testing site, signaling another milestone for the Kremlin's hypersonic weapons program, according to people who have direct knowledge of American intelligence reports.

"This shows they have the ambition to develop these weapons and that they have prioritized this particular program. The Russians have basically determined that they are comfortable with the design and will now focus on fine-tuning the weapon through testing," one person, who spoke to CNBC on the condition of anonymity, said.

The air-to-ground hypersonic missile dubbed "Kinzhal," which means "dagger" in Russian, has been tested at least three times. In July, the Kremlin successfully tested the weapon against a target nearly 500 miles away. What's more, in another U.S. intelligence report, according to a source, the hypersonic missile was mounted and launched 12 times from a Russian MiG-31 fighter jet. Additionally, work is underway to mount the weapon on a strategic bomber.

The weapon is slated to join the Kremlin's arsenal as early as 2020.

The latest revelations come a little more than a year after Russian President Vladimir Putin unveiled the Kinzhal system alongside five other advanced weapons.

Of the six weapons Putin unveiled in March, CNBC has learned that two of them will be ready for war by 2020, according to sources with direct knowledge of U.S. intelligence reports.

As UNIAN reported earlier, Ukrainian President Petro Poroshenko has said Ukraine is not bound by any restrictions regarding the missile range after Russia's withdrawal from the INF Treaty.

If you see a spelling error on our site, select it and press Ctrl+Enter
Tags:RussiaUSAmissiles