The U.S. destroyer is being monitored by the Vasily Bykov patrol ship and the Ivan Khurs reconnaissance ship of the Black Sea Fleet. 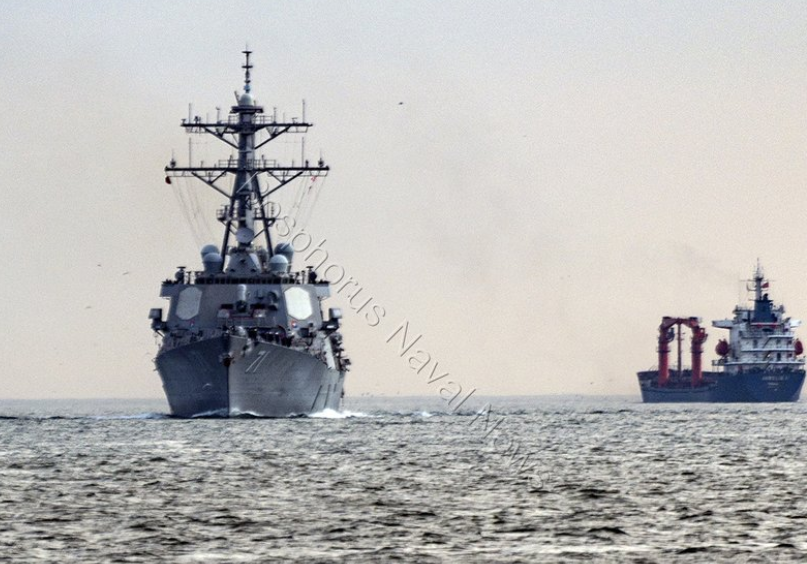 At the same time, the Ministry of Defense of the Russian Federation says the Russian ships "are continuously monitoring" the vessel.

One of the four forward-deployed Arleigh Burke-class destroyers #USSRoss#DDG71 made northbound transit through Turkish Straits today and entered the Black Sea. This is her first Black Sea deployment in 2019. pic.twitter.com/WKrO2ibl68

"The designated forces and assets of the Black Sea Fleet are continuously monitoring the USS Ross guided-missile destroyer, which entered the Black Sea on April 14," the ministry's press service told UNIAN.

The U.S. ship was taken under constant surveillance by the coastal e-warfare equipment of the fleet when entering the Black Sea.

In addition, the U.S. destroyer is being monitored by the Vasily Bykov patrol ship and the Ivan Khurs reconnaissance ship of the Black Sea Fleet.

As UNIAN reported earlier, NATO Foreign Ministers agreed a package of measures to improve NATO's situational awareness in the Black Sea region and strengthen support for partners Georgia and Ukraine.

If you see a spelling error on our site, select it and press Ctrl+Enter
Tags:RussiaNATOUSABlackSea