There is intense national rivalry, the report says. 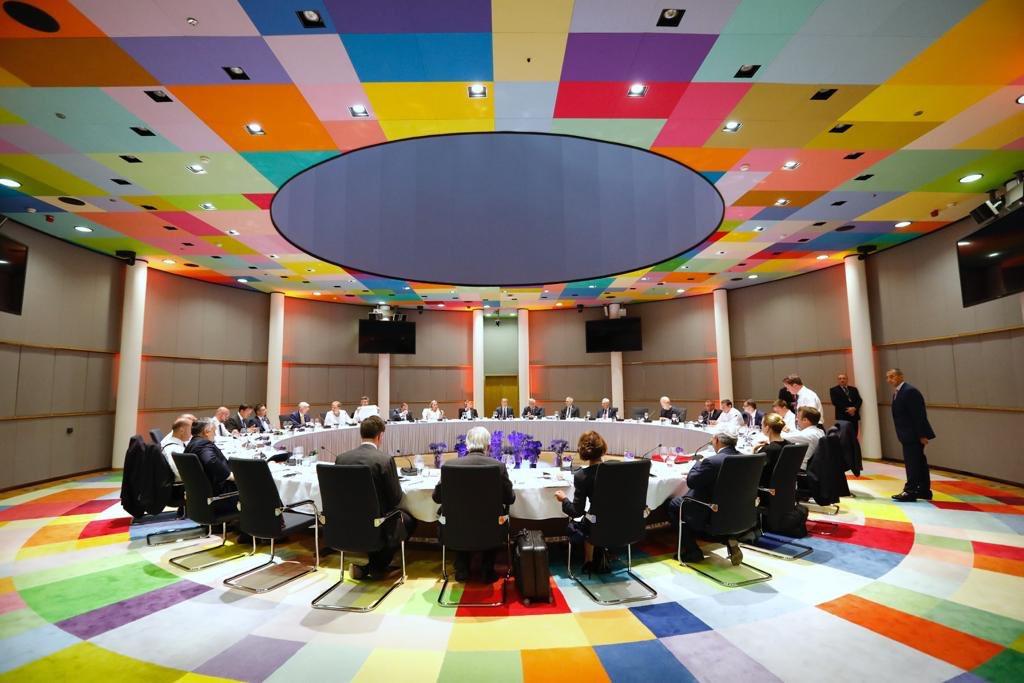 EU leaders meeting in Brussels are divided over who should get the EU's top jobs, including a successor to Commission chief Jean-Claude Juncker.

Center-right leaders from the EU's biggest political group had played down the chances of agreement on Sunday on a new Commission president, according to the BBC.

They oppose a plan to give the post to Dutch center-left politician Frans Timmermans, a deputy to Mr Juncker.

Soon after the working dinner began the talks were suspended. Summit chair Donald Tusk decided to have a break for bilateral talks, and his spokesman said the summit would resume later.

Mr Tusk was reported to be proposing Mr Timmermans for the top job, as part of a balanced package. But there is intense national rivalry.

Politicians in Poland, Hungary and Romania dislike the way Mr Timmermans, a veteran of Brussels politics, has enforced the EU rule of law policy.

He is the candidate under the "Spitzenkandidat" (lead candidate) procedure, which the European Parliament supports as a democratic way to reflect the European election outcome.

But while the EPP got the most votes in the May elections, it does not have a majority, and French President Emmanuel Macron is among those opposing the "Spitzenkandidat" system.

The elections saw big gains for the liberals - including Mr Macron's alliance - and Greens, so the long-established center-right and center-left blocs can no longer dominate EU business. Nationalists also made gains.

The top EU appointments – especially for Commission chief – sharpen not only national rivalries but also those between the European Council and the European Parliament, which is the only directly elected EU institution.

EU rules demand that the top appointments achieve a balance of geographical spread, big and small countries and gender.

If you see a spelling error on our site, select it and press Ctrl+Enter
Tags:EuropeanUnionvoteEuropeanCommissionsuccessorJunckercandidate