A car bomb exploded at the hotel where local elders and lawmakers were having a meeting on Friday night. 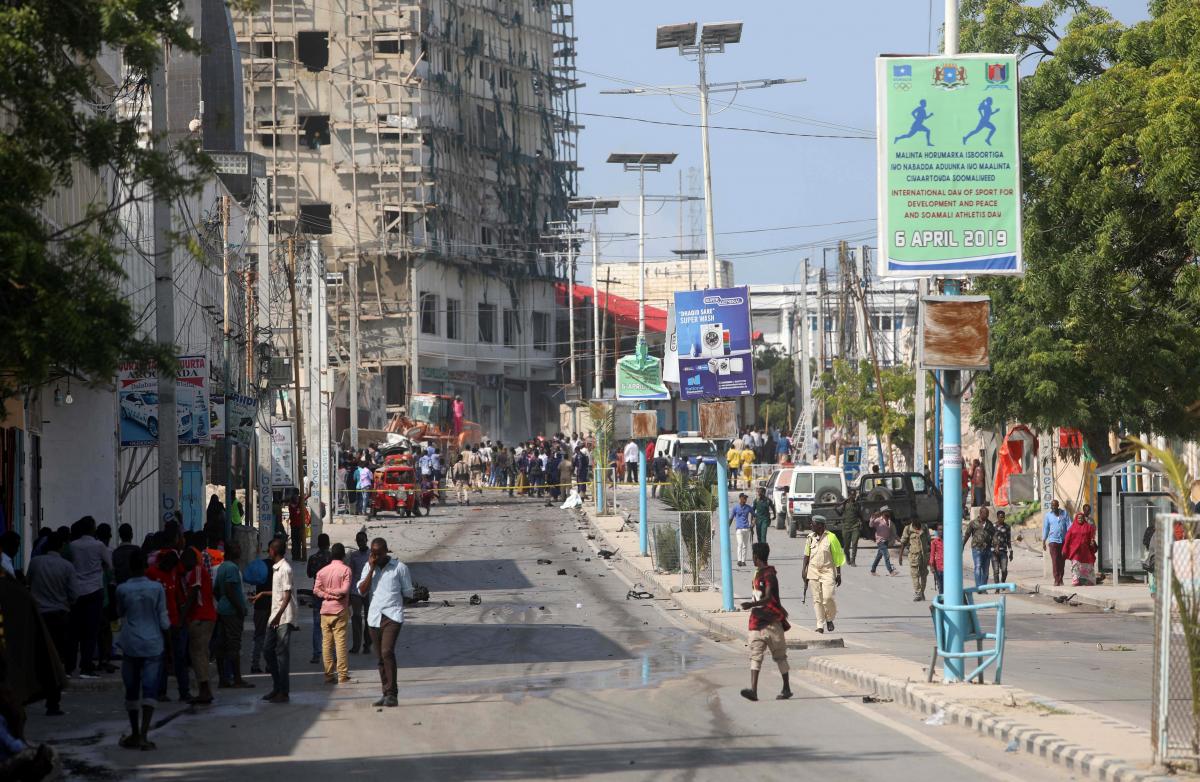 Islamist gunmen killed 26 people, including Kenyans, Americans, a Briton and Tanzanians, when they stormed a hotel in Somalia's southern port city of Kismayo, a regional state president said on Saturday, the deadliest day in the city since insurgents were driven out in 2012.

A car bomb exploded at the hotel where local elders and lawmakers were having a meeting on Friday night, and then three gunmen stormed in, police said. It took 11 hours before security forces ended the overnight attack, police officer Major Mohamed Abdi told Reuters.

The dead included a presidential candidate for August's regional elections, Jubbaland state president Ahmed Mohamed Madobe said in a statement. At least two journalists and a U.N. agency staff member were also reported to have been killed.

Abdiasis Abu Musab, the group's military operation spokesman said on Saturday they had killed 30 people and four of its fighters were also dead.

Al Shabaab and government officials tend to give differing casualty numbers for attacks.

Regional president Madobe said that three Kenyans, one Briton, two Americans and three Tanzanians were among those killed.

"Among the dead was also a Jubbaland presidential candidate named Shuuriye. Four militants attacked the hotel. One of them was the suicide car bomber, two were shot dead and one was captured alive by Jubbaland security forces," he said.

He said 56 people were wounded in the attack, including two Chinese citizens.

Police had said earlier all the attackers had been killed.

Kismayo resident Osman Nur told Reuters that the explosion had destroyed huge parts of the hotel and nearby businesses and security forces were deployed all over the city.

Somalia is scheduled to have parliamentary elections this month and presidential elections next month. But relations between the central government and its federal states have sometimes been rocky amid arguments over power and resources.

If you see a spelling error on our site, select it and press Ctrl+Enter
Tags:militantsexplosionelectionsbombdeathtollhotel