References to the Russian annexation of Crimea were either nixed or softened. 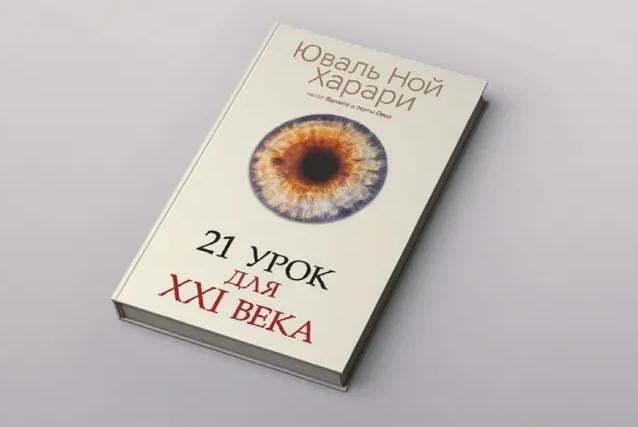 A section from a book by Israeli historian Yuval Noah Harari discussing lies told by Russian President Vladimir Putin was omitted from the Russian translation of "21 Lessons for the 21st Century."

That part of the book was instead replaced by a section on U.S. President Donald Trump, a change made with the author's permission, Haaretz reports.

In a section of the book about the "post-truth" era, the Russian translation omitted paragraphs relating to the 2014 occupation of the Crimean Peninsula and the initial claims made by Putin and other officials that no Russian soldiers had been sent there. The paragraphs were replaced by a reference to Trump, who Harari claims has made 6,000 false public statements since assuming the presidency.

In the chapter "The View from the Kremlin," a number of sentences were changed, also relating to the Crimean occupation, with the war and the annexation described in much milder terms in Russian. For example, the Russian edition states that the Russians "don't consider the annexation of Crimea as the invasion of a foreign country," and that as a result of the annexation, "Russia accumulated important strategic assets."

The differences between the Hebrew and Russian versions were first reported by Ela Gabrielov of the newsru.co.il website. Harari told Gabrielov that this and other changes in the Russian edition were made with his permission.

"My objective is to bring the fundamental ideas about the dangers of dictatorship, extremism and fanaticism to the broadest possible audience, and that includes people who live in countries that aren't democratic," he said. "A few examples in the book could put off that audience or lead to censorship of the book by the authorities. For this reason, I will occasionally permit changes in a few examples, but not to the general idea."

If you see a spelling error on our site, select it and press Ctrl+Enter
Tags:RussiaCrimeawarKremlinpropagandaIsraelannexation