Earlier this month, a Russian website, titled Saw, that encouraged people to hunt down LGBTQ people, was taken offline. 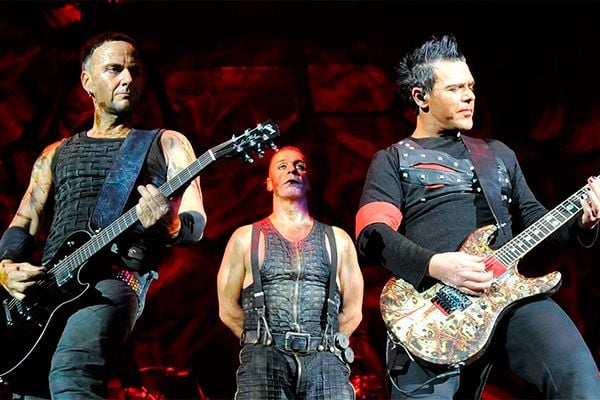 Two members of the German heavy metal band Rammstein shared a kiss on stage during a concert in Moscow in what was seen by many as a pledge of support for the Russian LGBTQ community.

At the show in Luzhniki Stadium on Tuesday, guitarists Paul Landers and Richard Kruspe shared the kiss during a performance of the song "Auslander," Newsweek reports.

An image of the moment was put up on the band's Instagram page, along with the message in Russian: "Russia, we love you!"

People took to social media to voice their support for the band. One tweeted that it was like a "symbolic middle finger" to the authorities in Russia. Another tweeted in Russian: "There are no words, and one emotion."

Another fan tweeted: "Just when I thought I couldn't love them more than I already do, here they come, waving pride flags and openly supporting LGBTQ people."

"Thank you Rammstein for being the most amazing human beings one could ask for! "

Earlier this month, a Russian website, titled Saw, that encouraged people to hunt down LGBTQ people, was taken offline. It was referencing the purge spearheaded by Chechnya's authorities in 2017, in which men suspected of being gay were brutally targeted.

In March, Rammstein was at the center of controversy after it was criticized by the Israeli foreign ministry over a video for their song "Deutschland" that outlined the history of Germany and included brutal Nazi imagery.

If you see a spelling error on our site, select it and press Ctrl+Enter
Tags:RussiaprotestMoscowLGBTIarthumanrightslegislationmusic