The Economist: Moscow's protests inspired by thuggery of Kremlin

The crass rigging of municipal elections sparked the revolt. 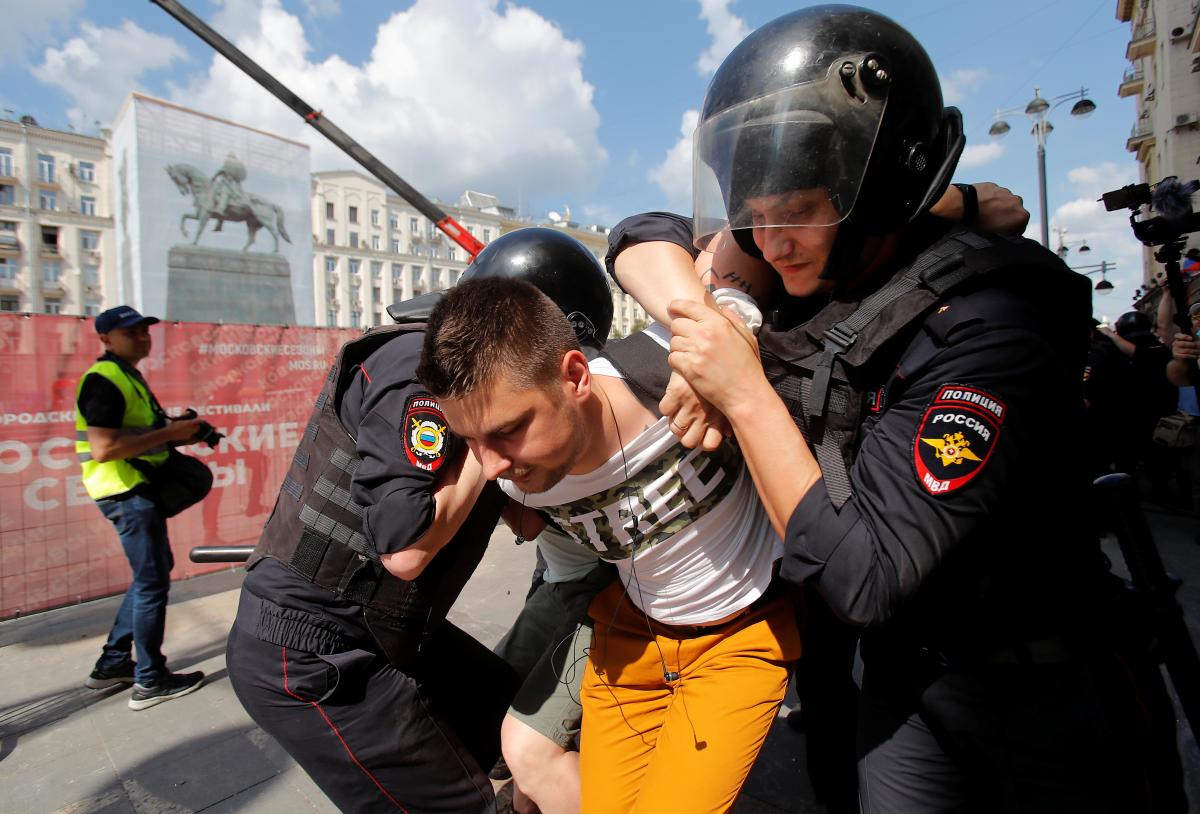 Weekends in the middle of summer are usually a quiet time in Moscow. Those who are not already on holiday flock to their dachas in the countryside. So it was not surprising that Russian authorities chose this time to disqualify opposition politicians from the Moscow city council elections to be held in September.

What was surprising was that on July 20th some 20,000 Muscovites came out in the city centre to protest against this blatant manipulation, demand the registration of their candidates and threaten an even bigger protest on July 27th if their demands are ignored. The spectre of large street protests that shook Moscow and other cities in 2011-12 filled the air. Just as happened seven years ago, Alexei Navalny, the leading opposition politician, electrified the crowd, who chanted: "This is our city," The Economist wrote.

The scale of protest might have taken the Kremlin by surprise. After all it had disqualified candidates on spurious grounds before. It had barred Mr Navalny from running in the presidential election in 2018 and refused to register his party for the parliamentary one. (Mr Navalny was not even running in this election.) Moreover, the Moscow City Duma is a largely decorative organ. It does not control Moscow's vast budget nor have any say in the appointment of its key officials. Until recently most Muscovites were barely aware of it.

The protest was entirely of the government's own making and its significance goes far beyond the Moscow parliament. It is a bellwether for rising social discontent (often masked by the Kremlin's seemingly monolithic grip on power) and the radicalization of Russian politics.

In the aftermath of the protests of 2011-12, the Kremlin tried to placate Moscow's urban middle class by pouring money into building a model modern city, complete with bicycle lanes and food halls. At the same it engineered obstacles to their political representation, including a requirement for any independent candidate to collect the signatures of 3% of voters even to get registered for the Moscow City Duma elections. This means collecting between 4,200 and 5,500 signatures per district. In 2014, the barrier worked in keeping opposition out.

But two things have changed in the five years since the threshold was put in place. The ruling United Russia party has become so toxic than none of the pro-government candidates dared to run on its ticket, opting instead to run as "independents". And the opposition has not only survived but built an extensive network of activists.

The results became evident in Moscow over the past month. Whereas the pre-approved candidates barely bothered to campaign, certain to be ushered through by a subservient electoral commission, the opposition ones managed to collect the necessary signatures despite the authorities' best efforts to thwart them (such as sending in thugs who intimidated volunteers and threw excrement at candidates).

But then, just as the opposition candidates reached the required number of backers, the electoral commission simply disqualified them. When verifying the signatures, it deliberately misspelled the names of voters and declared the lists void. As Kirill Rogov, a political analyst, wrote, "We are dealing with one of the biggest shams in Russia's electoral history."

The sham backfired. Instead of dampening interest, the Kremlin in effect mobilized those 3% of the electorate who signed their names in support of opposition candidates. "I used to be unique — they would not even acknowledge my existence," Mr. Navalny boomed from the stage. "And now they tell us that 150,000 people, who gave their signature for independent candidates, don't exist. At last we are together." On July 24 the authorities acknowledged his existence by detaining him (again), for 30 days, and raiding the homes of independent candidates. Faced with the problem of his own succession in 2024, Vladimir Putin has decided to nip any protest in the bud. But this escalated aggression suggests that room for a peaceful transition of power in Russia is shrinking fast.

If you see a spelling error on our site, select it and press Ctrl+Enter
Tags:RussiaPutinprotestselectionsvoterallyMoscowviolations