The two leaders are set to meet ahead of a G7 summit while Kyiv is urging for the resumption of the Normandy Four talks. 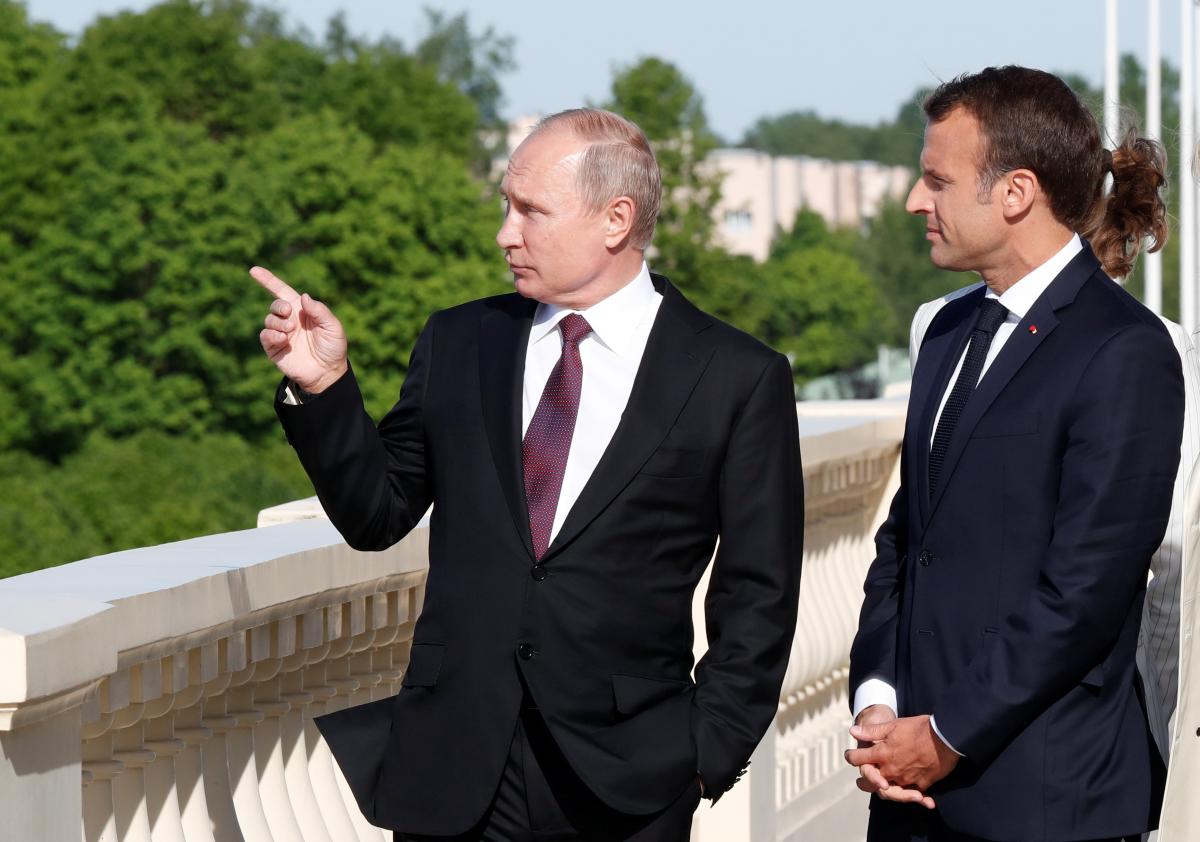 Emmanuel Macron will revive EU attempts to persuade Vladimir Putin to help resolve international crises over Ukraine and Iran when the French president hosts his Russian counterpart at his Mediterranean holiday retreat on Monday.

Mr Macron has invited Mr Putin to Brégançon fort as a prelude to the Group of Seven nations' summit, which begins in France later in the week. With Chancellor Angela Merkel's influence on the wane in Germany and the UK distracted by Brexit, Mr Macron has become western Europe's most active leader on international issues, and the EU has backed his attempts at peacemaking in Ukraine, according to Financial Times.

But an earlier attempt to court Mr Putin by inviting him to the Palace of Versailles in 2017 bore little fruit.

Among Mr Macron's priorities this time is to elicit a positive response from Mr Putin to the call earlier this month from new Ukrainian president Volodymyr Zelensky for fresh peace talks to end the fighting in eastern Ukraine, where Russian occupation forces have fought government troops for five years.

"We are intensifying our efforts on the question of Ukraine," said one of Mr Macron’s senior officials. "Ukraine is a major security challenge at the heart of Europe which must be resolved so that we can have a stable relationship with Russia."

"Further [Normandy Four] meetings and renewed engagement by Russia, as called for by Ukrainian president Zelensky, would give fresh impetus to the peace process,” an EU spokesperson said. The bloc said the Minsk agreements of 2014 remained the basis for an outcome that fully respected Ukraine's sovereignty and territorial integrity.

Mr Macron is investing in this new initiative despite misgivings over Russian interference in French domestic politics and concerns about Mr Putin's crackdown on recent demonstrations by his opponents in Moscow.

Mr Macron — who has also agreed to attend Russia’s annual May 9 celebrations in Red Square next year, a showpiece event where the Kremlin shows off its military might and closest foreign allies — believes a strong relationship with Mr Putin is worth the risk, his advisers say.

"We need a better level of international consensus than exists today,” said the French official, citing the particularly sensitive crises in Ukraine, Iran, Syria and Libya. “The president [Macron] does not hesitate to take the initiative, to take risks . . . The fact is that there are important convergences possible between the European and Russian agendas."

As UNIAN reported earlier, President of Ukraine Volodymyr Zelensky, in response to the deadly shelling that killed four Ukrainian troops in Donbas Aug 6, called on the Normandy Four leaders to resume negotiations as soon as possible.

"Four Ukrainian soldiers died in a MANPAD shelling near Pavlopil. The harvest truce lasted 17 days. Today's incident is aimed at undermining not only this truce but also the negotiation process as a whole. Ukraine sincerely seeks peace. And our desire never changed. Today, the whole world saw who exactly doesn't want peace," the president said.

The U.S. Embassy in Ukraine said Zelensky's reaction  was a demonstration of "bravery and restraint".

"This approach merits full support of the Normandy Four, including Russia. Russia could show similar bravery and end the conflict by withdrawing its forces immediately," it said.

If you see a spelling error on our site, select it and press Ctrl+Enter
Tags:RussiawarDonbasPutinFranceNormandyFourMacronZelensky