Trump's demands for Russia's readmission cause row in Biarritz – media

U.S. president argues Putin should be included in discussions on Iran, Syria and North Korea. 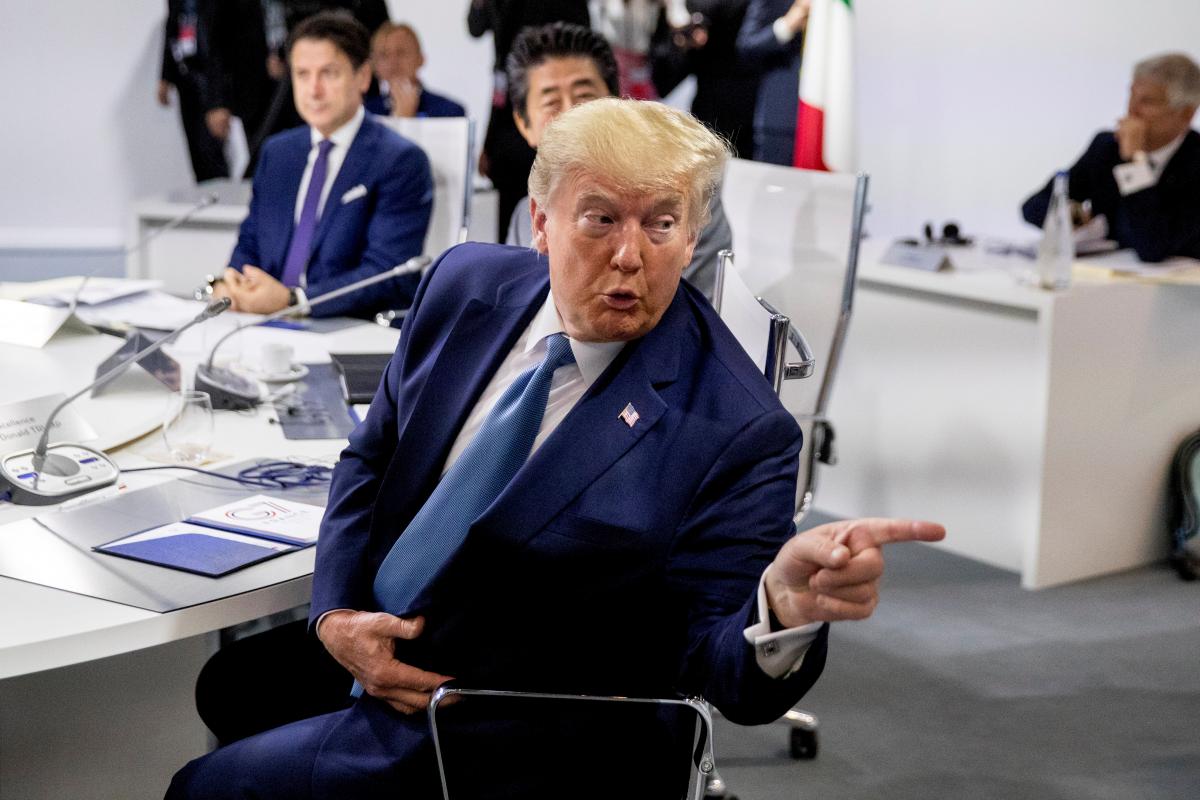 Donald Trump has rowed with his fellow G7 leaders over his demand that Russia be readmitted to the group, rejecting arguments that it should remain an association of liberal democracies, according to diplomats at the summit in Biarritz, The Guardian reports.

The disagreement led to heated exchanges at a dinner on Saturday night inside the seaside resort's 19th-century lighthouse. According to diplomatic sources, Trump argued strenuously that Vladimir Putin should be invited back, five years after Russia was ejected from the then G8 for its annexation of Crimea.

Of the other leaders around the table, only Giuseppe Conte, the outgoing Italian prime minister, offered Trump any support, according to this account. Shinzo Abe of Japan was neutral. The rest – the UK's Boris Johnson, Germany's Angela Merkel, Canada's Justin Trudeau, the EU council president, Donald Tusk, and the French president, Emmanuel Macron – pushed back firmly against the suggestion.

"On that point … it became a bit tense to say the least," a European diplomat said. "Most of the other leaders insisted on this being a family, a club, a community of liberal democracies and for that reason they said you cannot allow President Putin – who does not represent that – back in."

Read alsoRussia's "return" to the Group of Seven. Will they forgive Putin's illegal annexation of Crimea?

"That is not such a very important thing for [Trump]. He doesn't share that view," the diplomat added. According to this account, Trump argued that on issues such as Iran, Syria and North Korea, it made sense to have Russia in the room. "So he had a really kind of fundamental difference about this."

As UNIAN reported earlier, in 2014, after the annexation of Crimea, Russia was expelled from the G8, a group of highly industrialized states, which currently includes the USA, Japan, Germany, Great Britain, France, Italy, and Canada (G7).

Russia was expelled from G8 in 2014 after the illegal annexation of Crimea. Since then, Western leaders have repeatedly stated that the restoration of Russian participation is tied with the "Crimean issue" and Russia's compliance with the Minsk agreements, which provide for an end to the conflict in the Donbas.

If you see a spelling error on our site, select it and press Ctrl+Enter
Tags:RussiaCrimeaUSAFranceTrumpannexationdiplomats