The train was evacuated and only three people were injured. 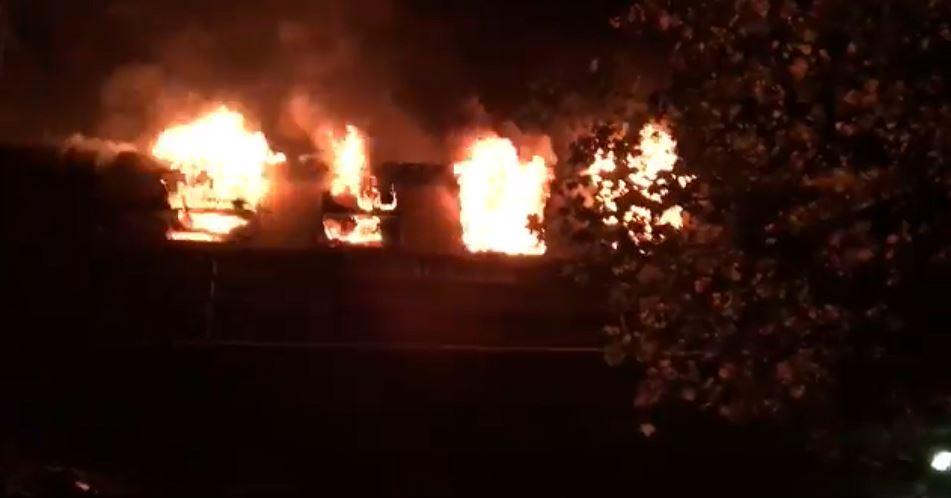 A train carrying hundreds of football fans back to Freiburg caught fire at Bellevue station in Berlin on Saturday night, October 19.

Berlin police told the SID news agency that a technical failure sparked the fire as the train was pulling out of the station.

According to the fire department spokesperson, the train is owned and operated by a private company.

Fans of FC Freiburg were on board traveling back to the city in southern Germany following Saturday's Bundesliga match against Union Berlin.

Local media tweeted a video of the burning train car and the fire department's response.

One of the train cars was completely engulfed in flames and the rest of the train was evacuated, along with two local trains that pulled into the station as the fire broke out.

Authorities said local and long-distance trains are not running on the line passing through Bellevue station, which is located one stop to the west of Berlin's main station.

If you see a spelling error on our site, select it and press Ctrl+Enter
Tags:fireGermanyfootballtrainBerlinevacuationinjuredfans