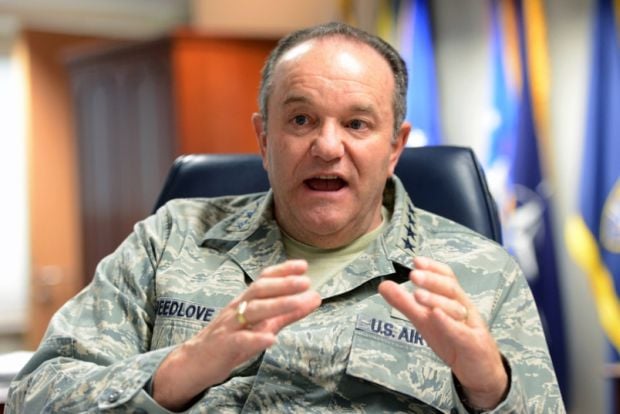 NATO General Breedlove: "We do see a very distinct Russian set of command in eastern Ukraine." / Photo from stripes.com

"Many of their actions are consistent with preparations for another offensive," Breedlove told the U.S. Congress on Thursday, Reuters reported.

Breedlove acknowledged he could not predict Moscow's next move but characterized its ongoing actions as "preparing, training and equipping to have the capacity to again take an offensive."

"In the past they have not wasted their effort," he told the Senate Armed Services Committee.

Breedlove said Russia was seeking to tighten its grip over separatist fighters, bolstering its command and control "because there was disunity in some of the earlier attacks."

"We do see a very distinct Russian set of command and control in the eastern part of Ukraine," he said.

"Command-and-control, air defense, support to artillery, all of these things increased ... making a more coherent, organized force out of the separatists."

The United States says Russia now has its largest force on the border with Ukraine since October and has deployed additional air defense systems, the biggest number since August.

Russia every time denies any statements made by Western politicians and international experts about its direct involvement in the Donbas conflict.

General Breedlove earlier claimed that the West must wage an information war with Russia in order to counter its "false stories" in social networks.