About 1,000 European citizens are still reported missing after a powerful earthquake in Nepal last Saturday. 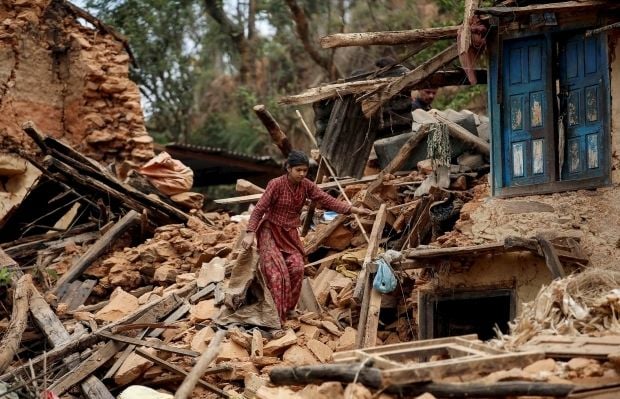 One thousand people from the European Union are missing in Nepal and 12 are confirmed dead, nearly a week after a devastating earthquake, the head of the EU delegation in Nepal, Ambassador Rensje Teerink said on Friday, NBC News reported.

"We don't know where they are, or [where] they could be," he told reporters, adding that those unaccounted for were mostly tourists in the Langtang and Lukla areas.

As Reuters reported on Friday, thousands of people were still missing in Nepal. The earthquake death toll is estimated at 6,250, though it could rise further, as bodies are still being pulled from the debris of ruined buildings, while rescue workers have not been able to reach some remote areas.

The local government put the number of injured at more than 14,350.

As Ukraine's Ministry of Foreign Affairs reported, according to its information, 209 Ukrainians are currently staying in Nepal, 48 of them have not been in contact since the earthquake.

Earlier, the ministry reported that it had established contact with 103 Ukrainian citizens in Kathmandu.

Forty-four Ukrainians and two Russian citizens have confirmed they are to be evacuated to Ukraine. What is more, about 20 foreigners turned to Ukrainian consuls with the request for evacuation.

According to the Ukrainian State Emergency Situations Service, a Ukrainian rescue team has left for Nepal to evacuate Ukrainians. Now a Ukrainian plane with the team is in New Delhi.

Acting head of the Ukrainian State Emergency Situations Service Zorian Shkiriak updated that the government of Nepal had issued a landing permit for the Ukrainian plane for 0400 Kyiv time on May 2, but the plane has had some technical problems en route to Delhi, according to Ukrainian journalists who're accompanying the rescue team.