First Minister Nicola Sturgeon told the crowd it was "time for Scotland to choose our own future." 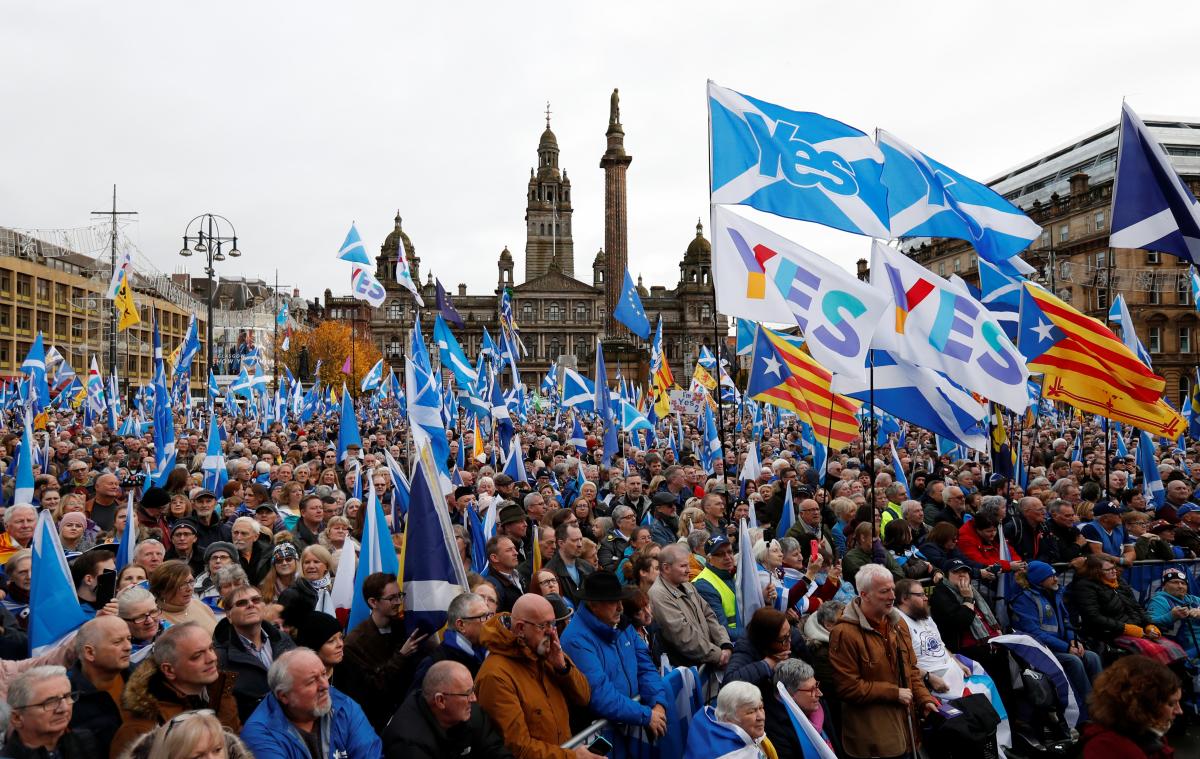 Thousands of people have descended on central Glasgow to demand Scotland's independence from Britain.

Protesters waving Scottish flags took to the streets of Scotland's most populous city of Glasgow on Saturday to call for a fresh independence vote in 2020, DW reported.

"An independent Scotland is closer than it has ever been," she added. It was the first time Sturgeon had taken part in a pro-independence rally since 2014.

The Scottish leader has said she wants to hold a second referendum on Scotland's independence from the UK in 2020 and has pledged to take this request to the British government by the end of December.

A legally binding referendum on the issue can go ahead only with permission from London.

Both the ruling British Conservatives and the Labour opposition do not support holding another independence vote. The Scottish Conservative Party, meanwhile, has accused Sturgeon of "not listening to the electorate."

In Scotland's first referendum in 2014, 55% of voters opposed splitting from the UK. That, however, was before a 2016 UK referendum in which voters backed Britain's withdrawal from the European Union — something a clear majority of Scots rejected.

Sturgeon said a British general election scheduled for December 12 represented a "crossroads moment" for Scotland. She urged voters to support her Scottish National Party (SNP) in order to strengthen the push for independence.

"This election is Scotland's chance to escape Brexit and to put our future in our own hands," she said.

If you see a spelling error on our site, select it and press Ctrl+Enter
Tags:BritainBrexitScotlandreferendumrallyindependenceprotesters