At one point, a police media liaison officer was hit in the lower leg by an arrow. 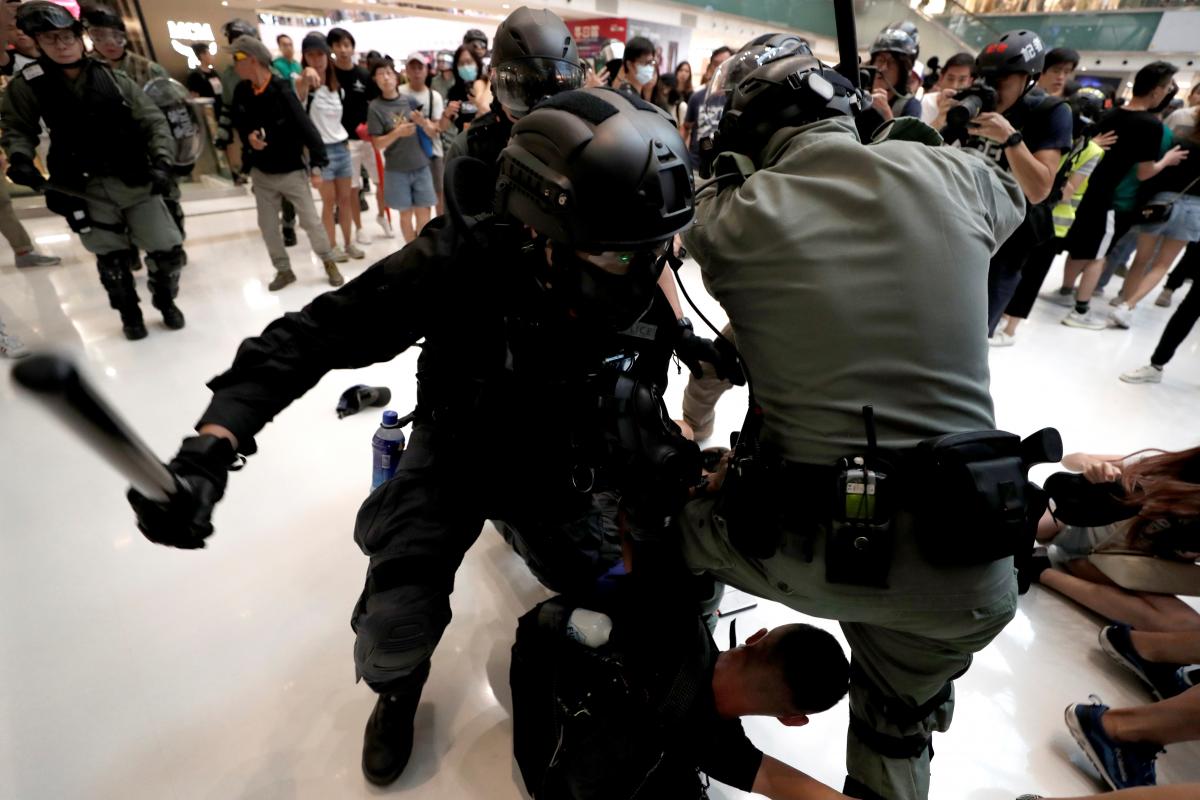 Police fired tear gas at pro-democracy protesters early Sunday in a bid to clear the group from the Hong Kong Polytechnic University in Kowloon.

The city's Polytechnic University has become a stronghold for anti-government protesters who have camped out there for several days. Students lit fires on bridges and held a blockaded tunnel against advances from police, DW wrote.

The activists have barricaded the campus' entrances and blocked access to the nearby Cross-Harbor Tunnel, a major artery connecting Hong Kong Island to the rest of the city.

The area has become a flashpoint in the demonstrations that have gripped Hong Kong for the past five months.

Violence flared there overnight and continued throughout Sunday as riot police and protesters exchanged tear gas and petrol bombs.

At one point, a police media liaison officer was hit in the lower leg by an arrow.

Protesters have used bows and arrows several times on officers over the past week, but this is the first time anyone was hit.

The protesters also faced off with a large group of government supporters who attempted to clear barricades and remove debris from a roadway near the campus.

Protesters occupied several major Hong Kong universities last week, but the Polytechnic is believed to be the only one they still hold.

A message on the university's Facebook page called on protesters to leave "immediately."

"In view of safety concerns posed by possible violent unlawful activities conducted by protesters who are still occupying the PolyU campus, the University again urges all people on campus, including students and staff members, not to stay, and to leave as soon as possible," the post said.

Opposition lawmakers criticized their appearance on the streets, warning that it could be seen as an attempt to interfere in local affairs.

The unrest has brought much of the financial hub to a standstill, shutting down the train network, and forcing the closure of schools and businesses.

The protests were triggered by a proposed law allowing for the extradition of criminal suspects to mainland China. Although the bill was ultimately dropped, the protests have expanded into a wider resistance movement demanding full democracy.

The legislation was seen by many in Hong Kong as an attempt by Beijing to erode the autonomy the territory was guaranteed when Britain handed it over to China in 1997.

If you see a spelling error on our site, select it and press Ctrl+Enter
Tags:policeChinabombextraditionuniversityHongKongprotesters