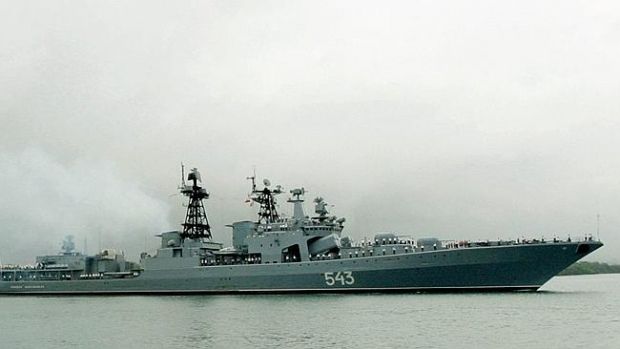 The National Armed Forces of Latvia have reported they spotted the Russian Navy's Tarantul-class corvette Zarechny near its territorial waters.

"[The] Armed Forces on 15 MAY in LV EEZ 6 nmi from territ. waters spotted RU Navy's Tarantul-class corvette Zarechny, " Latvia's Armed Forces reported on Twitter on May 15.

Early in May 2015, that country's armed forces spotted Russian warships and a submarine. The Russian vessels were detected in Latvia's exclusive economic zone five nautical miles from the territorial waters.

A military transport An-22 aircraft was also seen flying simultaneously near the Latvian border.