At their 41st summit in Bavaria, Germany, early in June, G7 leaders will exchange views and see common ground on the most pressing foreign policy challenges, according to First Vice-President of the European Commission Frans Timmermans, an UNIAN staff correspondent reported. 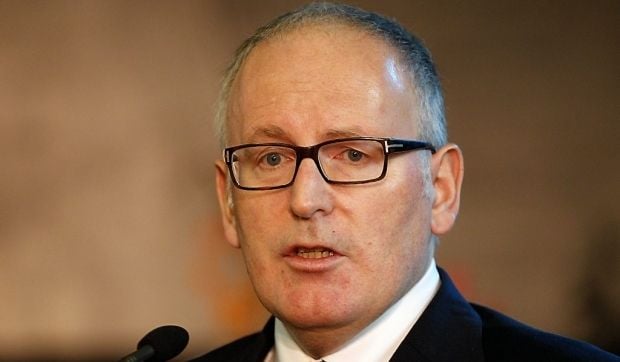 Speaking in the European Parliament in Brussels on Wednesday as part of debates on preparations for the G7 summit to be held in Germany on June 7-8, Timmermans said that "under the leadership of Chancellor Merkel, G7 leaders will discuss a number of traditional topics and some relatively new issues."

"They will take stock of the situation of the global economy; they will assess progress on the global trade agenda and on their respective bilateral negotiations. And they will exchange views and see common ground on the most pressing foreign policy challenges," he said.

"They will also highlight efforts to build the European Energy Union and illustrate the key elements of the recent European policy on migration," Timmermans said.

The G7 leaders of Canada, France, Germany, Italy, Japan, the United Kingdom, the United States, and the EU are to meet on June 7-8. Russia was suspended from the G8 last year following its annexation of Ukraine's Crimea.