President of the European Parliament Martin Schulz has described the Russian blacklist of European politicians and officials who are denied entry to Russia as "unacceptable," an UNIAN correspondent reported. 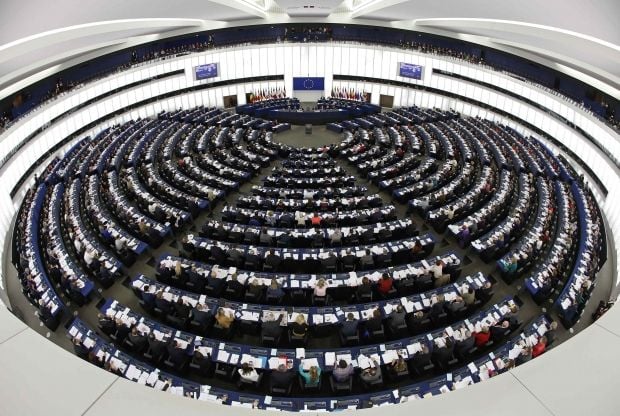 "I am dismayed by reports concerning a Russian blacklist of European politicians and officials which, over and above, includes a large number of prominent and high-ranking Members of the European Parliament. It is unacceptable that this further diminishes mutual trust and hampers any efforts for constructive dialogue to find a peaceful and lasting solution to the current geopolitical crisis," Schulz said in an official press release on Saturday.

According to him, despite his numerous previous official requests to the Russian authorities to make the blacklist public and communicate the clear reasons why each individual has been included there, EP members have been repeatedly stopped at the border and the European Parliament has not been officially notified which of its members are being "targeted by the sanctions."

"I once again call on the Russian authorities to ensure transparency of their decisions, in line with international law and legal obligations, allowing the targeted individuals the right of defence and of appeal. On Monday I will again speak to Russia's Ambassador to the EU, and in case of unsatisfactory answers I reserve the right to take appropriate measures in response," Schulz said.

As UNIAN reported earlier, among the German citizens who are on Russia's "stop list" are Karl-Georg Wellmann, a member of Chancellor Angela Merkel's Christian Democrats and head of the German-Ukrainian parliamentary group; German parliamentarian and Bundestag member Michael Fuchs; co-chairs of the Greens/EFA Group in the European Parliament Rebecca Harms of Germany and Daniel Cohn-Bendit of France/Germany; the incumbent Secretary-General of the Council of the European Union Uwe Corsepius; Secretary of State at Germany's Federal Ministry of Defense Katrin Suder, German politician from the Christian Social Union in Bavaria Bernd Posselt; and Inspector (Commander) of Germany's Air Force, Lieutenant General Karl Müllner.