The European Union says it deems Russia's 'stop list' for 89 EU politicians as "totally arbitrary" and doesn't discriminate between commissioners and other European officials who have been denied entry to Russia, according to Maja Kocijancic, the spokesperson for EU Foreign Affairs and Security Policy led by HRVP Federica Mogherini. 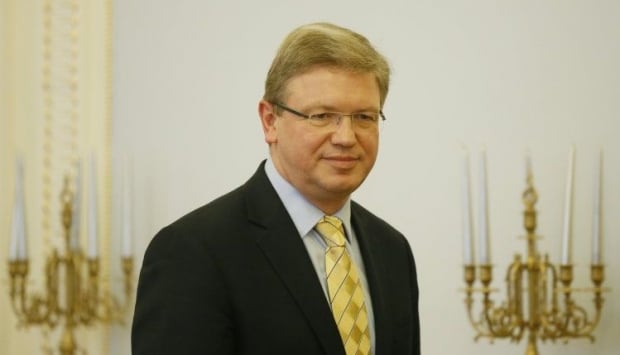 Kocijancic confirmed that the list of 89 names had been shared by the Russian authorities, but no clarification regarding this decision had been given, an UNIAN correspondent in Brussels reported.

"Our position remains the same. We deemed this measure as totally arbitrary and unjustified especially in the absence of any further clarifications and transparency," Kocijancic said on Monday.

"This concerns everybody. We don't discriminate between commissioners and others," she added.

As UNIAN reported earlier, on Russia's "stop list" of 89 EU officials who have been denied entry to Russia are Karl-Georg Wellmann, a member of Chancellor Angela Merkel's Christian Democrats and head of the German-Ukrainian parliamentary group; German parliamentarian and Bundestag member Michael Fuchs; co-chairs of the Greens/EFA Group in the European Parliament Rebecca Harms of Germany and Daniel Cohn-Bendit of France/Germany; the incumbent Secretary-General of the Council of the European Union Uwe Corsepius; Secretary of State at Germany's Federal Ministry of Defense Katrin Suder, German politician from the Christian Social Union in Bavaria Bernd Posselt; and Inspector (Commander) of Germany's Air Force, Lieutenant General Karl Müllner.

Blacklisted are also former Commissioner for Enlargement and European Neighbourhood Policy (February 2010 until October 2014) Štefan Füle; Polish diplomat, politician and MEP Jacek Saryusz-Wolski; former President of the European Parliament (2009 and 2012) and MEP Jerzy Buzek; former Belgian Prime Minister (1999 to 2008), MEP and the Chair of the Group of the Alliance of Liberals and Democrats for Europe Guy Verhofstadt, and others.