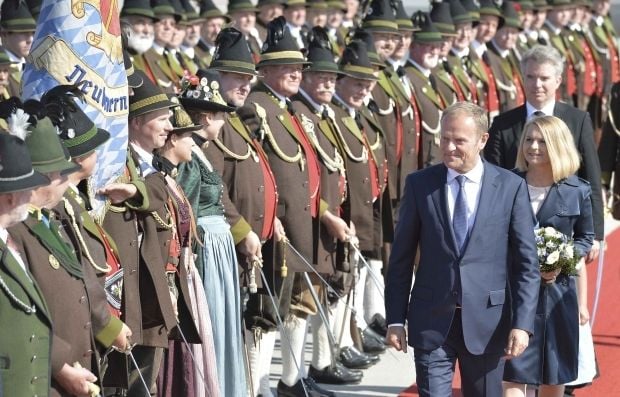 "I hope that we'll arrange this formal, technical decision in the next days before our European Council at the end of June," Tusk said at a press conference ahead of the G7 Summit in Schloss Elmau, Germany, on Sunday.

The corresponding political decision was taken by the Council of the European Union in March 2015, he said.

Tusk stressed the importance of keeping the sanctions amid ongoing violations of the ceasefire in eastern Ukraine. "When it comes to the Russian sanctions, of course, I think it's the most important thing today – because I want to be realistic – is to maintain sanctions against Russia because of this clear violation of the Minsk agreement."

"I have no doubt and it's not my personal opinion that this is the moment when we have to reconfirm our position, and it's not about radicalism. Maybe I'm the first in the European Council with also my personal wish to have Russia as a partner not as an enemy, or a public and European problem. But in fact, we have no choice," he said.

Tusk stressed that his intention during the G7 Summit is to have clear political support for maintaining the sanctions against Russia.

"And I have no doubt that all of our partners in the G7 Group are ready to support the European point of view," he added.

As UNIAN reported, the Council of the European Union on March 19, 2015, decided to prolong the sanctions against Russia, which were earlier introduced in response to Russia's aggressive policy vis-à-vis Ukraine until Moscow starts fulfilling the Minsk peace agreements aimed at the settlement of the Donbas conflict.

Press conference ahead of the G7 Summit