U.N. chief: Killing of Turkish troops one of 'most alarming moments' of Syria war – media

Turkey and Russia gave opposing accounts to the Security Council of what happened. 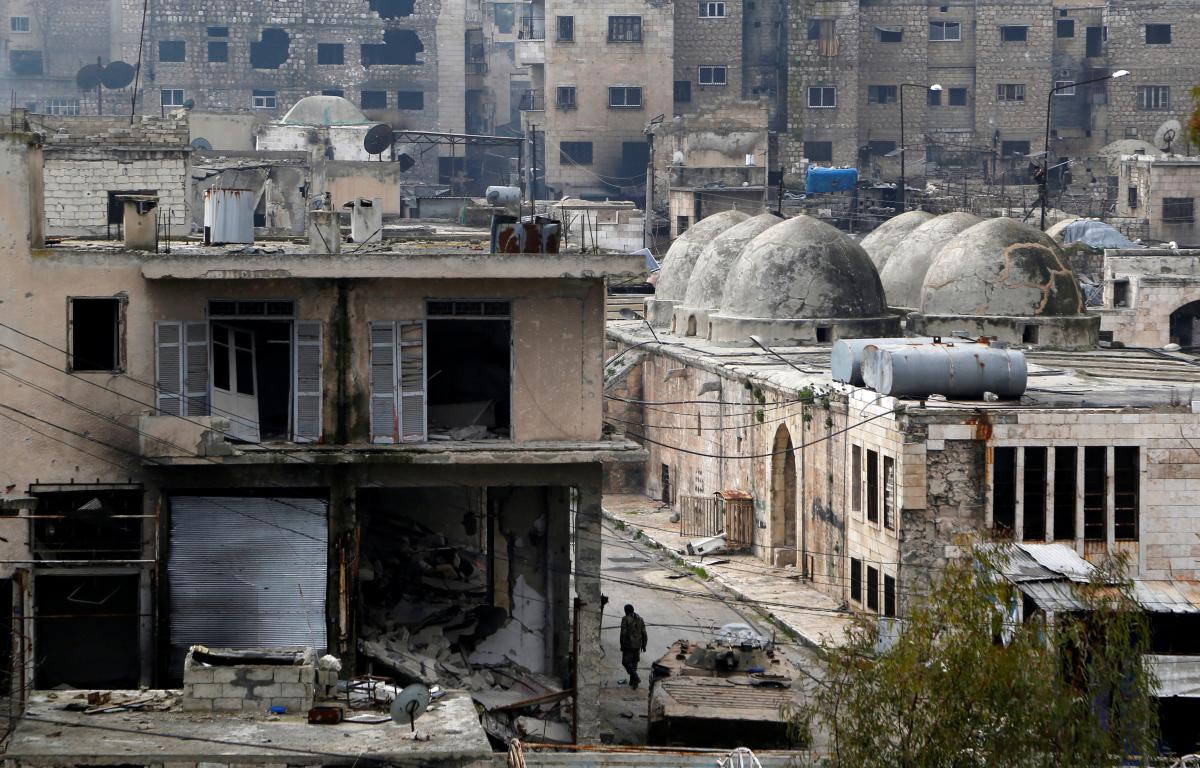 U.N. chief Antonio Guterres on Friday described an increase in fighting in northwest Syria that killed dozens of Turkish troops as "one of the most alarming moments" of the nine-year-old war and – along with most U.N. Security Council members – called for a ceasefire.

The 15-member Security Council met on Friday after 33 Turkish soldiers were killed by Russian-backed Syrian government troops in the deadliest attack suffered by Turkey's army in nearly 30 years, Reuters reports.

Syrian President Bashar al-Assad's forces, supported by Russian air power, have been fighting to retake the last large, rebel-held region in Syria after nine years of war. Turkey has sent thousands of troops and heavy military hardware into Idlib region in an unprecedented incursion to back the rebels.

"We call for the Russian Federation to immediately ground its warplanes and we call for all Syrian forces and their Russian backers to withdraw to the ceasefire lines first established in 2018," U.S. Ambassador to the United Nations, Kelly Craft, told the council.

Turkey and Russia gave opposing accounts to the Security Council of what happened.

Russia's U.N. Ambassador Vassily Nebenzia said Turkish troops shared coordinates with Russia, which were then given to Syrian government forces, to avoid conflict on the ground. He said Russian warplanes were not providing support in the area where the Turkish soldiers were killed.

"The coordinates conveyed yesterday did not mention the areas where ultimately the Turkish soldiers died," Nebenzia said. "As soon as it became clear that it happened the Russian side took exhaustive measures to cease hostilities and to ensure the safe evacuation of the dead and injured."

Turkish U.N. Ambassador Feridun Sinirlioglu disputed Nebenzia's account, saying that "radar tracks" showed that Syrian government and Russian aircraft were flying in formation during the time of the attack.

"We had prior coordination in writing with Russian forces about the location of our convey and air strikes continued despite our immediate warnings right after the very first attack," he said.

Sinirlioglu said the Turkish troops were alone in the area and "the logical conclusion of that is that they were deliberately attacked." He said Turkey did not want war but would not hesitate to use force if its security was threatened.

Craft urged Guterres to do everything in his power to broker a ceasefire, saying "the U.N. must play a central active role if we are to avoid even greater escalation."

Ahead of the Security Council meeting, Guterres called for an immediate ceasefire "before the situation gets entirely out of control," adding that: "Civilians are paying the gravest price ... And the noose keeps tightening, as the frontlines reach more densely populated areas.”

Nearly a million Syrians have fled over the last three months, the biggest exodus of the conflict. A crackdown by Assad on pro-democracy protesters in 2011 led to civil war.

Senior U.N. officials dealing with the humanitarian situation in northwest Syria on Thursday appealed for help from the 15-member Security Council, which has long been divided on how to deal with Syria. Russia had vetoed 14 draft resolutions during the war.

If you see a spelling error on our site, select it and press Ctrl+Enter
Tags:RussiasoldiersSyriaTurkeyattackUnitedNationstroopshostilitiesIdlib