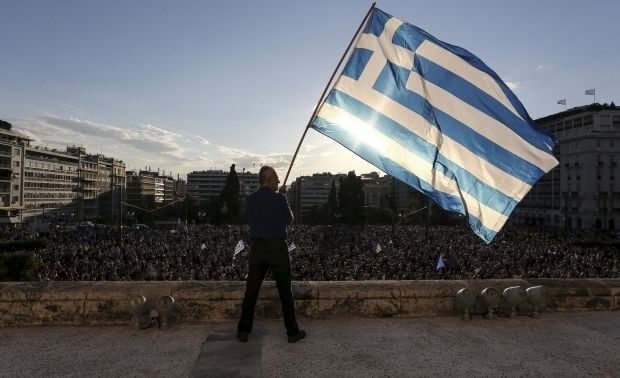 Tsipras did not specify how long the institutions would be closed for, but said citizens' savings, wages and pensions were "guaranteed."

The measures come after long lines formed at cash machines around the country following the Greek government's surprise decision to hold a July 5 referendum on the bailout terms put forward by its international creditors - the ECB, the International Monetary Fund (IMF) and the European Commission.

Greece has been locked in negotiations with its lenders for months in an attempt to secure an extension on its bailout loan in return for implementing fiscal reforms. The latest round of talks collapsed without a deal on Saturday.

"(Rejection) of the Greek government's request for a short extension of the program was an unprecedented act by European standards, questioning the right of a sovereign people to decide," Tsipras said in a televised address to the nation, reiterating his request for a short-term extension.

Earlier on Sunday, the European Central Bank said it would maintain, not increase, emergency funding to Greece's banks, which means they have no way to replenish diminishing deposits.