Sit-in on Yerevan's Liberty Square over on Monday

The "No to Plunder" initiative has stopped its open-ended sit-in on Yerevan's Liberty Square despite earlier announcements to carry on, Armenian news service News.am reported in the early hours of Tuesday. 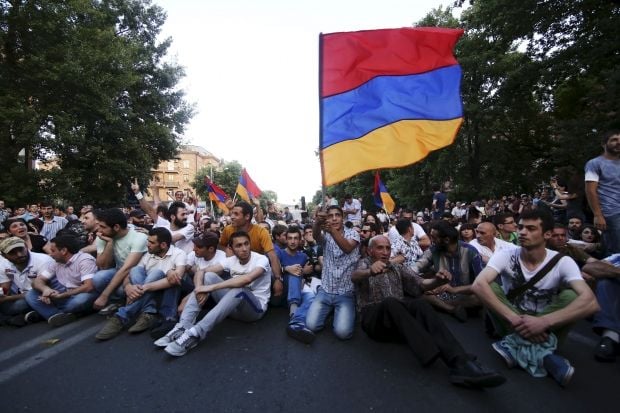 The initiative group's member Maxim Sargsyan told Armenian News that they were going to leave the square. According to him, the "No to Plunder" initiative will give a press conference on June 30, during which they will present their further action plan. Certain changes may also take place in the managing staff of the initiative.

As UNIAN reported earlier, participants in a recent protest in Yerevan against an increase in electricity tariffs decided not to leave the venue of the event and not to give up their plans to continue the rally despite the Armenian president's pledge that the power tariff hikes would be temporarily compensated by the government.