The government launched the aggressive social distancing campaign late last month as part of stepped-up efforts to prevent the spread of the COVID-19 outbreak. 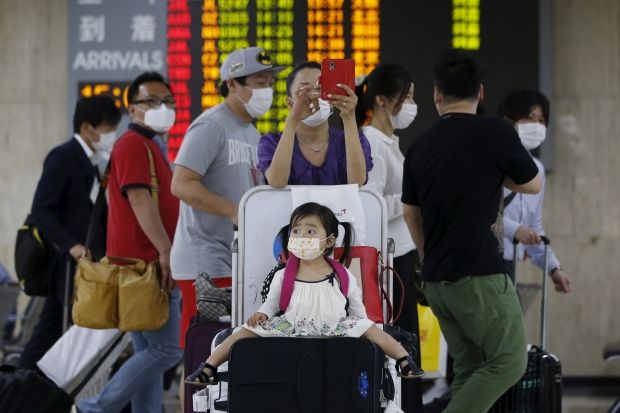 The South Korean government said Sunday it will maintain the social distancing drive against the coronavirus until early May, but it will ease the guidelines for some groups and cases like religious gatherings and recruitment tests.

Maintaining distance from others in public places, daily sanitizing and wearing masks will be kept in place under the social distancing practices until May 5, Prime Minister Chung Sye-kyun said in a government response meeting, Yonhap News Agency reported on April 19.

But the administrative orders on churches, bars, gyms and cram schools that strongly recommended their temporary closure will be lifted on condition that they comply with strict quarantine rules. The government will also begin to allow essential qualification tests or recruitment exams, the prime minister said.

"In terms of quarantine, it is safest to continue high-intensity social distancing, but it is not easy in reality. We need to find a middle ground," Chung said.

He added that outdoor public facilities, such as recreation forests, could reopen and that outdoor sports activities could be resumed on a limited basis so long as they follow the strict quarantine requirements.

The government launched the aggressive social distancing campaign late last month as part of stepped-up efforts to prevent the spread of the COVID-19 outbreak. It had extended the campaign for two more weeks until April 19.

Sunday's decision came in part after taking into account the upcoming long holiday, starting with Buddha's Birthday on April 30, then May Day on May 1 and Children's Day on May 5. The authorities have warned against people loosening up social distancing during the holiday period.

Chung remained cautious about easing the social distancing campaign in principle, citing some countries that saw recurrences of mass infections after easing the measures.

"We are not at the stage where we can feel relieved," he said.

On reopening of schools, he said the government would consider allowing schools to gradually reopen, depending on the overall circumstances, calling on the education ministry to carefully review the matter. Schools have begun holding classes via online tools, but students and teachers have experienced inconveniences due to technical glitches.

Chung indicated that should the virus situation be managed at this level, the government would shift the policy to further ease the distancing practices after May 5.

Jeong Eun-kyeong, director-general of the Korea Centers for Disease Control and Prevention (KCDC), said earlier in a separate briefing that the authorities have been drafting basic rules for "everyday quarantine", which will provide specific guidelines for different types of sectors or establishments.

The government has urged for people not to lower their guards against the virus, stressing that resuming nonessential large gatherings and activities would run the risk of causing mass infections again.

On Sunday, South Korea reported eight new infection cases, down from Saturday's tally of 18 and marking the first single-digit increase in about two months. Its total infection tally stood at 10,661, with 234 deaths.

If you see a spelling error on our site, select it and press Ctrl+Enter
Tags:SouthKoreagovernmentrestrictionscoronavirusCOVID19quarantine