Hillary Clinton calls U.S. to be "much smarter" in dealing with Putin 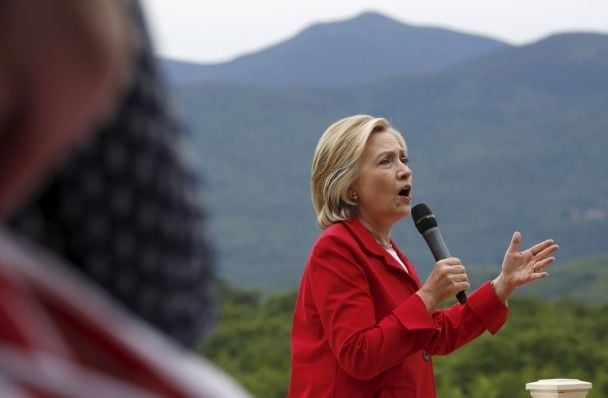 "That's a problem for us, because we have a solemn obligation under NATO to protect our fellow NATO members. Ukraine is not a NATO member. But if Ukraine had been a NATO member when the Crimea was annexed, that would have caused us to have to respond. We don't want to get to that," she said.

"That's why we have to be much smarter in how we deal with Putin and how we deal with his ambitions. I've dealt with him. I know him. He's not an easy man … but I don't think there is any substitute other than constant engagement," she added.

As UNIAN reported earlier, speaking during her campaign announcement in New York on June 13, Hillary Clinton said: "I've stood up to adversaries like Putin and reinforced allies like Israel. And I was in the situation room on the day we got bin Laden."

Hillary Clinton is the wife of former President Bill Clinton, a former New York senator, and a former U.S. Secretary of State during the first term of President Barack Obama, whom she lost in the fight for the nomination for the presidency in 2008.

One of the foreign policies of the Obama administration during his first term was a "reset" in relations with Russia, recognized by most experts as extremely unsuccessful.