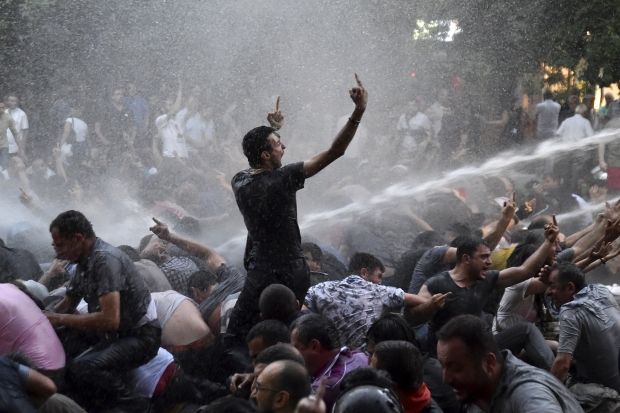 The July 8 ruling against ENA came after weeks of protests in Yerevan and other Armenian cities against a nearly 17% electricity price hike that is due to come into effect on August 1, according to Radio Liberty.

The ruling by Armenia's Public Services Regulatory Commission was linked to demands by ENA earlier in 2015 for advance payments from residents of newly built houses and apartment buildings needing access to electricity.

Amid reports of widespread misappropriation and mismanagement by ENA's Russian leadership, many Armenians say they are the victims of Russian corruption and oligarchs.