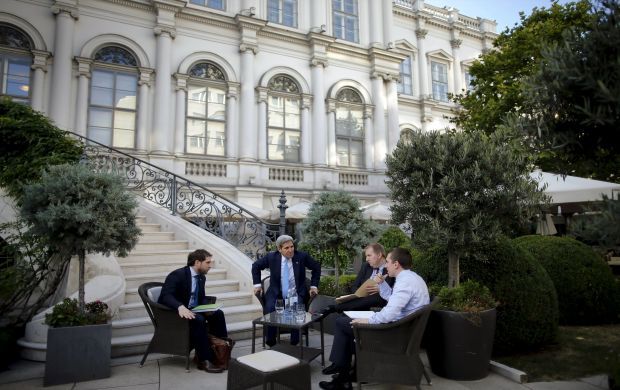 Under the deal, sanctions imposed by the United States, European Union and United Nations would be lifted in return for Iran agreeing long-term curbs on a nuclear program that the West has suspected was aimed at creating a nuclear bomb, according to Reuters.

Reaching a deal is a major policy victory for both U.S. President Barack Obama and Iran's President Hassan Rouhani, a pragmatist elected two years ago on a vow to reduce Iran's diplomatic isolation.

Both men face skepticism from powerful hardliners at home after decades of enmity between countries that referred to each other as "the Great Satan" and a member of the "axis of evil".

Western diplomats said under the final agreement, Iran had accepted a "snapback" mechanism, under which some sanctions could be reinstated in 65 days if it violated the deal. A U.N. weapons embargo would remain in place for five years and a ban on buying missile technology would remain for eight years.

According to Bloomberg, with new flows of Iranian oil expected to hit an oversupplied market, Brent, the global benchmark, fell as much as 2.1 percent to $56.63 a barrel at 07:57 in London.