An explosion in the Turkish town of Suruc near the Syrian border has killed at least 27 people and wounded another 100. 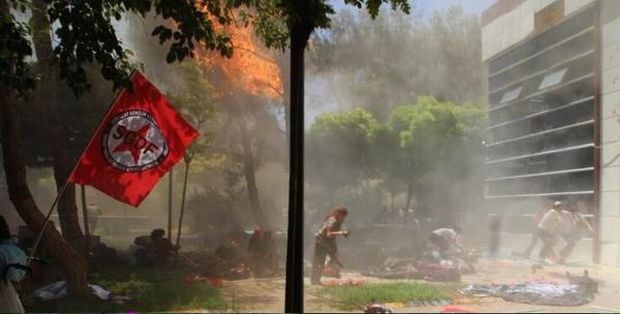 The blast occurred in the garden of a cultural center. Hundreds of youth workers were reportedly staying there, according to BBC.

There is no official word on the cause of the explosion. Reports say it could have been a suicide attack.

Suruc, located near the Syrian town of Kobane, houses many refugees who fled fighting there in recent months.

Kobane has been a battleground between militants from the Islamic State (IS) group and Kurdish fighters since September last year, when IS overran the town, forcing most of its residents to flee into Turkey.