Kerry to meet Lavrov in Malaysia on Wednesday

U.S. Secretary of State John Kerry will meet for a second time in three days on Wednesday with Russian Foreign Minister Sergei Lavrov, according to Reuters. 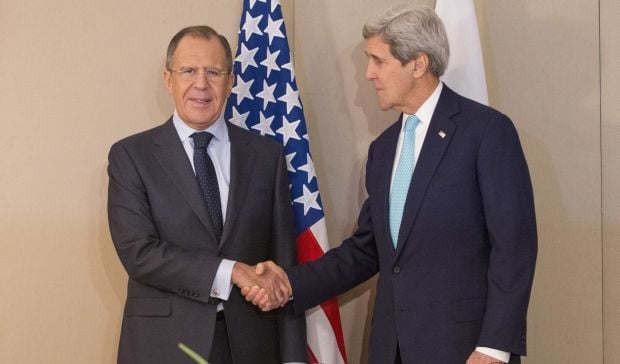 "Kerry and Lavrov would discuss a range of ‎issues of mutual concern" at the meeting in the Malaysian capital Kuala Lumpur," a senior official of the U.S. State Department said without elaborating, the report says.

Kerry, in Malaysia for meetings of the Association of South East Asian Nations, held trilateral talks with Lavrov and Saudi Foreign Minister Adel al-Jubeir on the war in Syria in Qatar on Monday.

A senior State Department official said that at the Qatar meeting Kerry, Jubeir and Lavrov "acknowledged the need for a political solution to the conflict and the important role to be played by opposition groups in reaching that solution."

Read alsoNuland: U.S. not in business of trading in international relationsIn calling for wider international cooperation to fight Islamic State, Russia says gains on the ground by the ultra-radical jihadist group meant even those who oppose Assad should now join ranks with Damascus to fight the common enemy.

The Russian Foreign Ministry said on Tuesday that the formation of a "wide anti-terrorist front" had been one of the main themes of the Kerry-Lavrov-Jubeir talks.